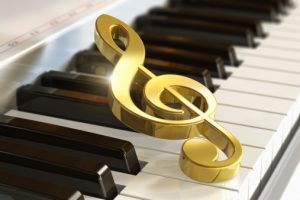 May 5, 2016 – Spencer Stuart has recruited Jenny Krueger as executive director of The Sun Valley Summer Symphony. She will replace Jennifer Teisinger, who left after nine years at the helm to assume a similar post at the Bravo! Vail Music Festival in Colorado.

Ms. Krueger was executive director of the Acadiana Symphony & Conservatory of Music in Lafayette, Louisiana, one of only two arts organizations in the U.S. that combine a symphony orchestra with a conservatory of music. There, she oversaw a financial turnaround, doubling the donor base during her tenure. She also launched an arts publication and implemented a pilot program in music education to prepare at-risk four and five year olds for success in kindergarten.

“She has so many strengths across the board,” said Carol Nie, former president of the Summer Symphony and chair of the search committee. “She is so well-prepared and the quality of the materials she submitted to us was superb. We interviewed some excellent candidates, but she was the only one who had all the skills and experience we were looking for.”

The search committee was unanimous in its decision, and the board unanimously voted to ratify her appointment, said Ms. Nie. “We are so excited about her. She is going to be a superb representative of the Sun Valley Summer Symphony.”

“We are impressed with Jenny’s passion for music education, her musical knowledge and orchestral management experience, and her magnetic presence,” said Jim Moberg, Summer Symphony board president. “She comes from an organization with a dual focus on performance and education. This makes her the perfect choice to help us continue to be the largest privately funded, free-admission symphony in the country, as well as to expand our focus on music education.”

Other music organizations have been turning to executive search firms in recent months to find new leaders. Here’s a look at just a few:

Check Out These Related Articles On Recruiting Executive Directors: