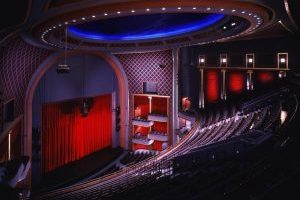 December 16, 2016 – Executive search firm AlbertHall&Associates has placed Hillary Hart as executive director of the Theatre Under the Stars (TUTS) in Houston. The placement concludes an extensive 10-month national search.

Ms. Hart comes to TUTS having served as general manager of the esteemed Guthrie Theatre, a $28 million non-profit regional theater in Minneapolis. At the Guthrie, she helped steward the institution through a significant cultural transition focusing on equity, diversity, and inclusion to deepen community engagement, expand programming, and consistently operate with balanced budgets.

Previously, Ms. Hart served as managing director of Flat Rock Playhouse located in Flat Rock, North Carolina, where she was able to stabilize the financial and operational areas of the organization to increase earned and contributed revenue by nine percent and 48 percent, respectively. Her work also included a significant restructuring and re-engagement of the organization’s board of directors, a comprehensive look at community engagement, marketing and re-branding efforts. Before that, she was general manager at Dallas Theater Center where she spent seven years of producing contemporary, classic, and world premiere productions.

“We are beyond thrilled to welcome Hillary to the TUTS family, and to Houston in general,” said Amy Pierce, TUTS chair of the board. “This is such an exciting time for our city and for this very special organization, and we have found the very best team to lead TUTS into the future. With her experience and expertise, Ms. Hart is the perfect complement to support the bold artistic vision of Sheldon Epps – we can’t wait to see the remarkable things they will accomplish together.”

“Hillary and I have worked at many of the same theatres over the years (though, alas, not at the same time),” said Ms. Epps. “So, I recognize and celebrate the wealth of experience that she brings to TUTS and know that the company will benefit greatly from her knowledge, her passion for the theatre, and her desire to be of service to TUTS as it grows and evolves in the near and far future. I look forward to working with her, and I feel sure that this will be a mutually beneficial relationship that will bring rewards to her, to TUTS, and to the Houston community.”

Theatre Under the Stars is a Houston based non-profit institution dedicated to enriching life through the experience of quality musical theatre and positively impacting lives beyond the stage through innovative education and community outreach initiatives.

AlbertHall&Associates is an executive search firm dedicated to arts, entertainment and non-profit organizations across North America. The firm is led by managing partner Thomas Hall, a non-profit leadership and management consultant working with clients across all disciplines of the sector. His industry experience includes serving nearly 25 years as managing director of San Diego’s Tony Award-winning Old Globe Theater.