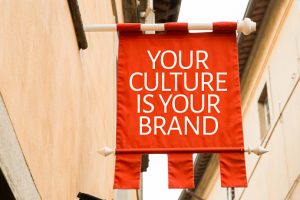 April 24, 2017 – Culture shaping is now seen as one of the most important drivers to achieve competitive advantage among companies, and most search firms, including boutiques, now offer some variation of it. The latest entrant: LaSalle Network has launched Culture 20/20 to help companies recondition their value and culture environments.

LaSalle Network said it has seen firsthand the impact engaged employees can bring to an organization’s growth. “We’ve helped companies find and attract top talent for almost 20 years,” said Tom Gimbel, founder and CEO. “Helping them retain that top talent was a natural progression for our business, and we’re looking forward to partnering with organizations as they navigate the complexities of company culture and create productive work environments.”

Culture 20/20 aims to help companies of all sizes and across industries understand where the opportunities for improvement in their cultures are by examining five key components: connection to team, connection to leadership, identification & alignment, transparency, and learning & development.

“Our goal is to help companies simplify the complex nature of company culture and enact real solutions to better their businesses,” Mr. Gimbel continued. “Companies often mistake perks for culture, and our mission is to educate companies on what really makes a difference to get and keep employees engaged.”

Culture is no longer seen as an afterthought when considering the business focus of an organization. Some call it the ‘X-factor’ – the invisible glue that holds an organization together and ultimately makes the difference between whether an organization is able to succeed in the market or not.

In a poll conducted last year by Hunt Scanlon Media on culture shaping, ‘Aligning Strategy and Culture,’ respondents cited culture as the most important workplace consideration at their organization (73 percent). When asked how culture was driven as ‘a leadership priority’ at their organization, 42 percent responded ‘from the top down.’ Half of respondents said that culture at their company could be ‘significantly improved upon.’ Tellingly, when asked if culture could be ‘significantly improved upon,’ nearly half of respondents (48 percent) said yes.

Culture seems to be what attracts many employees to companies: 56 percent of respondents to the Hunt Scanlon culture poll selected it as a ‘priority’ over job satisfaction and compensation. Respondents said that culture change needed to become a ‘more significant part’ of their organization’s leadership agenda (44 percent).

Study after study suggests that culture shaping is a concept that is here to stay. A study released by Korn Ferry Futurestep found that nearly two thirds (61 percent) of executives said organizational culture was the most important recruiting advantage for global organizations. In another separate study, Korn Ferry Hay Group found that “driving culture change” ranks among the top three global leadership development priorities. Organizational culture, it seems, has reached a tipping point, and companies that now put culture first are becoming icons for job seekers and especially the future generation of leaders who place a premium on work-life balance and culture fit in choosing where to work.

LaSalle Network is one of many search firms looking to bolster or buck up its culture service offerings. Heidrick & Struggles recently named Michael Marino as president and CEO of its culture shaping division Senn Delaney. Mr. Marino has served on the leadership team at Senn Delaney for more than 20 years, most recently as a partner and EVP. He has led strategic accounts across a wide range of industries, including FedEx, Loblaw, GlaxoSmithKline and USAA. Mr. Marino also has been instrumental in new product development for the culture shaping business as well as integrated products for Heidrick.

Partners In Leadership recently launched Culture Search, a new division which will put an emphasis on the consulting firm’s culture management and executive leadership offering. “Culture Search builds on nearly three decades of Partners In Leadership culture and accountability consulting expertise,” said president and CEO Gordon Treadway. Of interest to clients: Culture Search provides some of its culture assessments free of charge, and other client-favorable features include a no penalty clause, a back-end loaded payment schedule, and a fee cap.

And it’s not just a push by American recruiting outfits. U.K.-headquartered executive recruiter Saxton Bampfylde recently added Dr. Jennifer Barnes to its consulting team where she works across the firm’s culture search practices. Dr. Barnes has a broad range of experience from higher education, business and the arts.