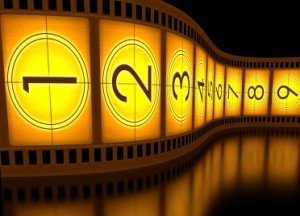 October 26, 2015 – Korn Ferry has recruited Rebecca Rhine as the national executive director of the 7,000-member International Cinematographers Guild (ICG). She succeeds Bruce Doering who is retiring after a tenure of 30 years with the Guild.

The ICG search process was handled by the national officers in close collaboration with Korn Ferry. The recommendation was then approved by the national executive board at their regularly scheduled meeting this past weekend.

She joins the Guild after serving as executive director of Municipal Executives Association, labor representatives for managers in the city and county of San Francisco, a position she held for eight and a half years. Prior to that, she served as northern area director of SEIU Local 1000, a union representing more than 95,000 California employees. From January 2002 to September 2005, she was assistant national executive director of AFTRA involved with national oversight of public policy and strategic planning.

“Given the complexity and uniqueness of the ICG, our Guild is extremely fortunate to have an executive of Rebecca’s stature take the position that Bruce Doering filled so well for 30 years,” said Guild president Steven Poster.

Working with the national executive board and officers of the Guild, Ms. Rhine’s responsibilities will include negotiating and administering the Guild’s local agreement with the major producers, supervising a full time staff of 50 and working closely with other IATSE Locals and the International to advance the interests of the union.

The first cinematographers union was established in New York in 1926, followed by unions in Los Angeles and Chicago, but it wasn’t until 1996 that Local 600 was born as a national guild. International Cinematographers Guild is the labor union which represents cinematographers, photographers and publicists around the world. Currently, it has approximately 7,500 members.

The media, entertainment and convergence sector encompasses all aspects of traditional entertainment film, television, home entertainment, music and publishing and all digital content and platforms for broadband, games, wireless and mobile devices.