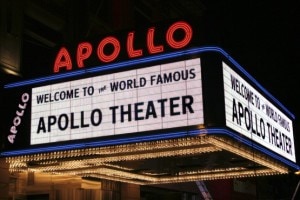 December 18, 2015 – Phillips Oppenheim, an executive search firm dedicated to the non-profit sector, has been selected by the Apollo Theater to lead in its search for a new executive producer. Executive search consultant Sandi Haynes is leading the search.

Reporting to the Apollo’s president and CEO, the executive producer will continue to be the primary steward of the Apollo’s artistic vision, and shape the strategic program direction of the theater. The position will also be responsible for all live Apollo performances – both onsite (eventually across four stages) and at all off-site locations, working with a team of curators internally and externally.

Since its inception in 1934, the Apollo Theater has been at the epicenter of African-American culture and a driving force in shaping America’s music landscape. From the days of Ella Fitzgerald and Louis Armstrong to the Jackson Five, Jay-Z and beyond, it has secured its place in history as America’s most respected and enduring cross-cultural venue.

Today, the Apollo Theater, a $13 million not-for-profit organization established in 1991, is dedicated to the preservation and development of the legendary Apollo Theater through the “Apollo Experience” — world-class live and broadcast performances, educational and public programs.

Phillips Oppenheim has recently recruited senior leaders for other non-profit organizations, including Matthew Teitelbaum as executive director of the Boston Museum of Fine Arts; Salvador Salort-Pons as director, president and CEO of the Detroit Institute of Arts (DIA); Linda McNeil Tantawi as CEO for the Greater New York City Affiliate of Susan G. Komen for the Cure; and Judge Judy Harris Kluger as executive director of Sanctuary for Families.

The sector is now the third largest employer in the U.S. Nearly two million non-profit organizations employ 10.7 million people and produce revenue in excess of $1.9 trillion.

Other reports have pointed out that Baby Boomers who spent the majority of their working lives in the private sector are looking to round out their working years serving a mission. Called the ‘encore career phenomenon,’ this often means switching to a non-profit organization or institution.

Check Out These Related Articles on Phillips Oppenheim: