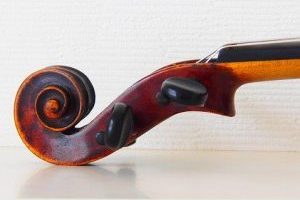 February 21, 2017 – Stamford, CT-based executive search firm Management Consultants for the Arts has been selected by Music of the Baroque (MOB) in Chicago to lead its search for a new executive director. After an 18-year tenure, Karen Fishman has decided to retire as MOB’s executive director in June. Partner David Mallette and managing director Louise Kane are leading the assignment.

The executive director is the top leader post of MOB, reporting to the board of directors through its chair and executive committee. The chosen director will work in close collaboration with MOB’s artistic leadership on season programming and other artistic matters, and will guide and collaborate with MOB staff in other key areas of operation including fundraising, financial management, and marketing / communications. They will set and implement overall vision and direction for MOB through effective organizational planning and strong leadership.

Strong candidates to be considered will have knowledge of the Chicago performing arts and funding communities. MOB seeks someone with not-for-profit leadership experience, preferably in the performing arts, and ideally in music, including developing / articulating a clear organizational vision, motivating others, relationship-building, strategic planning, and effective decision making.

The ideal person must have the skill, temperament, and desire to cultivate and solicit high-level donors, with demonstrated success as a fundraiser given strong preference. A track-record of hiring, nurturing and motivating a strong team of professionals is also desired.

Currently presenting its 46th concert season and long recognized as one of Chicago’s leading classical groups, MOB is a modern instrument chamber orchestra and chorus specializing in Baroque and early Classical repertoire. The ensemble draws particular acclaim for its performances of the major choral works of Bach, Handel, Mozart, and Haydn. Operating on an annual budget of just under $2 million, Music of the Baroque presents 18 performances of eight concert programs in a season.

Leaders with fundraising abilities are all the rage, whether it’s a non-profit organization looking for someone who can help bridge a financial gap, or an educational institution looking for expansion capital and a leader to oversee the complexities that brings. Even life sciences concerns need fundraisers. But recruiters more often than not focus on finding leaders with another purpose in mind: to bring vision and transformational skills to a client company in need of something bigger. When John Isaacson set out in December to start searching for The Juilliard School’s next president (read below), he said the first thing he wanted to do was to find someone who would respect the traditions that have shaped Juilliard coupled with a vision for its future. “Juilliard seeks a sophisticated and inspiring leader, warm and genuine with exacting standards, with a vision for what arts education can and should be in the 21st century and a willingness to take calculated risks to achieve great ends,” said Mr. Isaacson. Leadership, it seems, has its own DNA, and it goes well beyond the conventional check box ….. Here’s some further reading from Hunt Scanlon Media.

Since 1983, Management Consultants for the Arts has had deep involvement with arts and cultural organizations of all types and sizes throughout the country, including theatres, museums, music and dance companies, performing arts centers, science centers, historical societies, colleges and universities, service organizations, public agencies, arts councils, and foundations. The firm’s services include consultations in executive search for senior level leadership, planning, organizational analysis, board and staff retreats, seminar & workshop development and facilitation.

Mr. Mallette, a partner of the firm, worked for more than two decades as a performing arts administrator in theatre and dance. His consultation experience has included work with large performing arts institutions, service organizations, and foundations as well as smaller institutions, individual artists, and festivals in the areas of organizational leadership and vision, crisis strategies, governance, and non-profit management.

During her tenure at Management Consultants for the Arts, Ms. Kane has worked on executive searches for both visual and performing arts clients. She is the firm’s specialist in searches for senior management positions, such as development directors, external relations directors, marketing & communications directors, deputy directors and education directors. Her clients include Playwrights Horizons and Poets and Writers in New York City; Chicago Shakespeare Theatre in Illinois; the Ohio Historical Society; the Norwalk Maritime Aquarium in Connecticut; Ballet Memphis in Tennessee; La Jolla Playhouse in California; and the University of Notre Dame in Indiana.

Just recently, the firm added Jason D. Palmquist as an associate consultant. He joins after serving 10 years as executive director of the iconic of Hubbard Street Dance Company in Chicago.