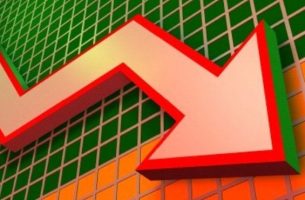 November 8, 2016 – CDI Corp. / (NYSE:CDI) posted third quarter revenues of $220.3 million, a decrease of 10 percent from revenues of $244.7 million a year ago. The quarter included $1.5 million in revenue from EdgeRock Technologies LLC, acquired in October 2015 and now comprising CDI’s specialty talent vertical within its talent and technology solutions segment.

During the quarter, MRINetwork, the company’s executive search subsidiary, posted third quarter revenue of $13.0 million versus $13.5 million in the prior year due primarily to a decline in royalty revenue. Earlier this year, MRI appointed Jill Albrinck as its new president. She previously served as chief operating officer of DeVry University.

Enterprise Talent revenue was $127.5 million versus $146.9 million in the prior-year period. Revenue in the company’s North America Staffing vertical declined 7.8 percent, or $9.4 million, primarily due to the completion of discrete client projects and reduced spending at the company’s largest client. UK Staffing revenue declined 38.7 percent, to $15.8 million from $25.8 million, due to the negative impact of foreign currency exchange rates (approximately $2.9 million), the disposition of Anders (approximately $3.5 million) on September 16, and reductions across engineering and construction sectors, in part associated with the uncertainty following the Brexit referendum.

“Business performance during the third quarter includes actions taken to improve our expense structure and cash conversion, as well as strategic focus with the sale of U.K.-based AndersElite Limited,” said president and interim chief executive officer Michael S. Castleman. “Going forward, we share as a company a clear operating imperative to build on common pillars of our business, such as talent acquisition and management, to deliver improved growth and profitability. This imperative is supported by the tremendous commitment and collaborative spirit of all CDI employees.”

In September, CDI Corp. announced that its president and chief executive officer, Scott Freidheim, resigned from the firm to pursue other, “non-competitive” business interests. CDI named Mr. Freidheim its CEO in 2014. Prior to CDI, he served as vice chairman-post acquisition management (Europe) at Investcorp International. Mr. Freidheim’s resignation followed disappointing second quarter revenues of $226.7 million, a decrease of 8.2 percent from revenues of $246.8 million a year ago.

CDI Corp. estimates revenue for the fourth quarter in the range of $185 million to $195 million, with project completions, project delays and volume declines among large clients within Enterprise Talent, and fewer billing days in the fourth quarter, negatively impacting its estimated fourth quarter revenue.

CDI shares have decreased 19 percent since the beginning of the year. The stock has dropped 35 percent in the last 12 months.