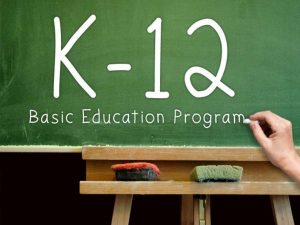 Previously, Dr. Miller was vice president for operations and strategic leadership at The Education Trust, a nationally prominent research and advocacy organization dedicated to closing the academic achievement and opportunity gap K-16. Before that, she was a vice president at Isaacson, Miller, where she led the firm’s K-12 education practice, helping to place leaders in mission-driven organizations and university schools of education.

Prior to joining the firm, she was president and COO of The McKenzie Group (now part of American Institutes for Research), an education consulting firm with a 20-year history of providing evaluation and technical assistance services to school districts, institutions of higher education, federal agencies, foundations, and other public and private organizations. She also served as legislative assistant to former U.S. Senator Bob Kerrey, advising the senator on all elementary, secondary, and postsecondary education policy issues.

“Ericka’s rich and distinguished career combined with her impressive academic credentials and passion for education help to strengthen our ability to serve clients across the civic sector and particularly in the K-12 and education reform arena,” said Vivian Brocard, president of Isaacson, Miller.

Ms. Brocard took over her role at the firm earlier this year, replacing Elizabeth Ramos who held the presidency post at Isaacson, Miller from 2013 until late last year. Ms. Brocard joined Isaacson, Miller in 2003 following nearly 20 years of executive search experience in business and technology. She has served on the firm’s executive committee since 2010.

According to data compiled by Hunt Scanlon Media, and confirmed by the search firm, 61 percent of Isaacson, Miller’s partners (20 of 33) are women; 68 percent of its associates (39 of 57) are women. In all, 66 percent of the firm’s search professional base (59 of 90) are now made up of women.