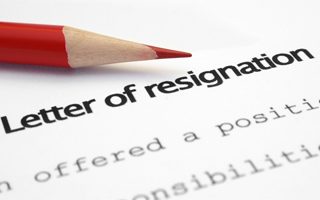 September 19, 2016 – CDI Corp. has announced that president and chief executive officer Scott Freidheim resigned from the firm to pursue other, “non-competitive” business interests. Chief financial officer, Michael Castleman, has been promoted to the post of president and has agreed to serve as interim CEO while the board of directors selects a permanent CEO.

CDI named Mr. Freidheim its CEO in August 2014. Prior to CDI, he served as vice chairman-post acquisition management (Europe) at Investcorp International.

Mr. Freidheim’s resignation follows CDI posting first quarter revenues of $226.7 million, a decrease of 8.2 percent from revenues of $246.8 million a year ago. The Philadelphia-based recruiting company reported a net loss of $7.5 million, or 39 cents per share, compared to a loss of $0.2 million, or $0.01 per diluted share, last year.

CDI shares have fallen 14 percent since the beginning of the year. But more tellingly, its stock has dropped 51 percent in the last 12 months. Search firm stocks have generally been under pressure recently.

You might find this related article from the Hunt Scanlon Media Archives interesting: Transitioning CFOs Seen Fast Tracking to CEO

He initially joined Kenmore, Craftsman and Diehard as CFO, responsible for financial management and operational performance improvement. Prior to that, he founded or co-founded several investment firms, including Lehman Brothers Venture Partners, the venture capital affiliate of Lehman Brothers Holdings, where he served as managing director and co-head.

Check Out These Related Articles On CFOs Becoming CEOs: