Menu
View our Events
Stay Connected:
Shifting demographics in the U.S. have brought diversity to the front door of the C-suite and corporate boardroom. But 70 percent of Fortune 500 board seats are still held by white men. Here's why. 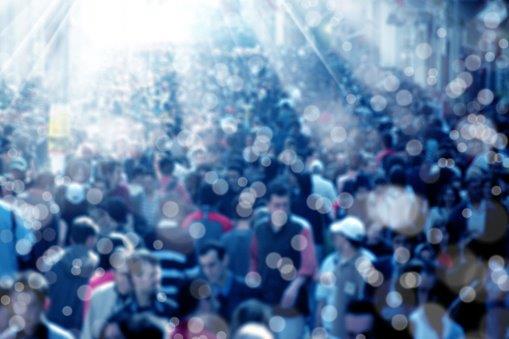 February 13, 2017 – This past year, boardroom diversity in Fortune 100 and Fortune 500 companies increased for women and certain minority groups, according to the ‘Missing Pieces Report: The 2016 Board Diversity Census of Women and Minorities on Fortune 500 Boards,’ a multiyear study published by the Alliance for Board Diversity (ABD), collaborating with Deloitte.

Currently, 65 percent of Fortune 100 boards have greater than 30 percent board diversity, compared to the Fortune 500 where that percentage shoots up to just under 50 percent of boards.

Here is a closer look at the report’s key findings:

“The increase in boardroom diversity over the last four years is a small step in the right direction – but it’s equally important to note the larger context in which these gains were made,” said Ronald C. Parker, ABD chair and president and chief executive officer of The Executive Leadership Council.

“Almost 70 percent of board seats in the Fortune 500 are still held by white men,” he noted, “and at the current rate of progress, we won’t likely see the number of women and minorities increase to ABD’s target of 40 percent board representation until the year 2026.” This, he said, is not acceptable. “A great deal of work remains for corporate board composition to keep pace with the changing demographics of the country at large,” he concluded. 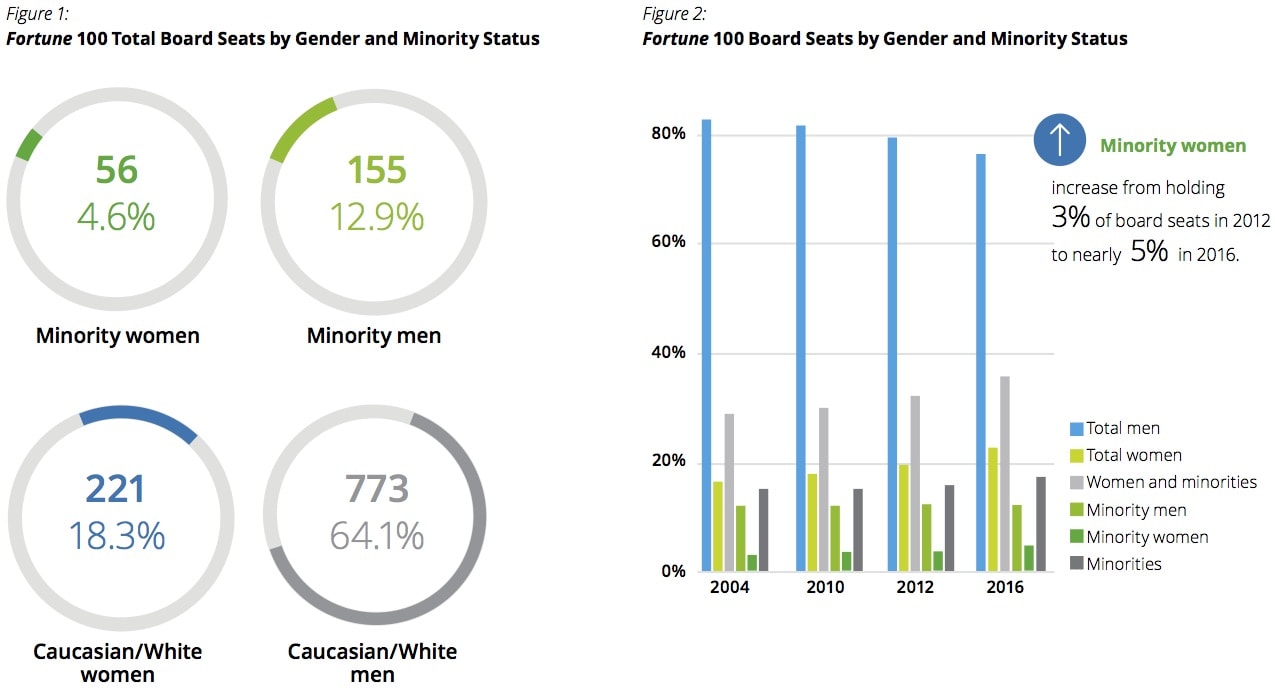 The report also includes data for the Fortune 100 – showing these companies lead the growth in boardroom diversity, outpacing the Fortune 500 with 35.9 percent of women and minorities holding board seats, compared with 30.8 percent in the Fortune 500. 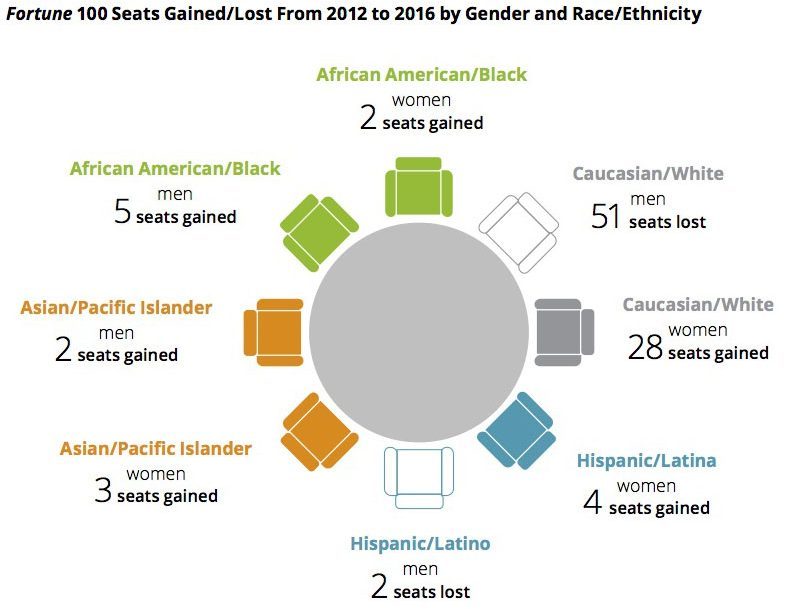 While the census data shows overall gains for women and minorities in the boardroom, the pace at which Fortune 500 boards are becoming more diverse is slow. These boards and board members have an opportunity, according to the report. Diversity is beginning to be viewed through a much wider lens to encompass a range of skills, experiences, and perspectives that could help safeguard an organization against new and emerging threats.

It is also important for boards to be comprised of individuals that offer different perspectives in order to understand and better serve the diverse customer base that exists today. The fact that many companies are facing a growing number of competitive, regulatory, and technological issues is driving this broader view of diversity. It will be important for corporate boards to consider the benefits and skillsets that gender, racial, and ethnic diversity could bring to boardroom discussions.

Importance of Diversity On Boards

According to PwC’s 2016 ‘Annual Corporate Directors’ report, nearly all directors (96 percent) agree that diversity is important. But how important it is and how much it helps depends on whom you ask. Female directors have a much stronger opinion about the benefits of board diversity than male directors.

One of the main difficulties in adding diversity representation to corporate boards is that many boards look to current or former CEOs as potential director candidates. But only four percent of S&P 500 CEOs are female, according to a poll by Catalyst, and only one percent of the Fortune 500 CEOs are African American.

So where can boards find qualified diverse candidates? PwC suggests that first the pool of potential director candidates needs to expand. And then boards will have to look in different places. There are often many untapped, highly qualified, and diverse candidates a few steps below the C-suite — people who drive strategies, run large segments of the business, and function like CEOs.

Check Out These Related Articles On Boardroom Diversity:

Egon Zehnder Offers 7 Steps to Improve Diversity 10 Key Findings That Impact Board Performance Women In the C-Suite Lagging Male Counterparts Path to Profitability: The Business Case for Board Diversity Global Boards Step Up Efforts to Broaden Roles for Women