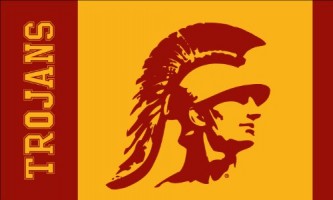 February 8, 2016 – Executive recruiters Brill Neumann Associates has been selected by the University of Southern California (USC) to lead its search for a new athletics director. Pat Haden will retire from his position as USC athletic director, effective in June, ending his guidance of the Trojans through a tumultuous period in the school’s history.

Mr. Haden ran USC’s athletic department for five and a half years, taking over from Mike Garrett in 2010 with a primary mandate to lead the Trojans through a multi-year stretch of NCAA sanctions against its vaunted football program. USC endured a two-year bowl ban, probation and significant scholarship losses.

“Brill Neumann brings valuable experience working with USC, and to me directly, on previous executive searches, including senior vice president positions,” said university president C.L. Max Nikias. “This process will be national in scope, with all proceedings held in the strictest confidence, for the benefit of USC athletics and all qualified candidates.”

USC is a private, not-for-profit, and nonsectarian research university founded in 1880 with its main campus in the city area of Los Angeles. As California’s oldest private research university, USC has historically educated a large number of the region’s business leaders and professionals. Its athletics have won 123 total team national championships, 97 for men and 26 for women, including non-NCAA championships.

Recruiter Rankings: Chicagoland 40
Chicago has thrived for decades as one of the most critically important global recruiting hubs in the talent acquisition field. Hunt Scanlon tabulates Chicago’s 40 best-rated search firms based on local market reputation.

Brill Neumann, a search firm focused on finding leaders for institutions of higher education, academic medical centers, and research institutes, is currently leading a variety of search assignments for universities. It is spearheading the vice president of human resources open post for Brandeis University, treasurer for Emory University, vice president of student affairs at Kent State University, president for Pine Manor College, and chief financial officer of Trinity College, among a host of others. The firm is co-led by co-founders Nicholas Brill and Elizabeth Neumann.

Check Out These Related Articles On Recruiting for Athletic Directors: