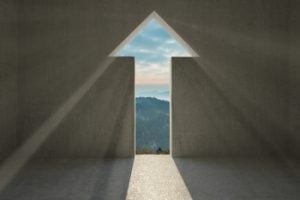 September 27, 2017 – A new executive recruitment firm, Hanning Recruitment, has been launched in the U.K. It is headed by Toby Speke and backed by Rory Penn and Thomas van Straubenzee of the London agency VanHan.

Mr. Speke previously worked for VanHan as well as global real estate firm Knight Frank. Headquartered in Mayfair, Hanning Recruitment will focus on the residential and commercial property sectors. The firm claims to have a market-leading black-book of top talent in the industry, and has already seen significant interest in its candidates, according to EstateAgentTODAY.

“The recruitment industry is often criticized for being overly opportunistic. With the creation of Hanning Recruitment, we wanted to set a new benchmark for the sector in terms of quality and service,” said Mr. Speke. “We either know or can identify the best candidates, and introduce them to their dream jobs, from graduate roles to more senior positions at director or partner level.”

It is no secret that the real estate market has struggled in certain locales in recent years. Improvements within the industry are evident, but a need for top executive talent in the field remains, say recruiters. Particularly sought after are those who experienced the last economic downturn but who have a vision for more prosperous times ahead.

According to the 2016 ‘Real Estate Hiring Forecast’ report, released by recruiters Ferguson Partners, 93 percent of the largest real estate companies forecast either an increase in hiring or that they would maintain hiring at their current levels. In previous years, there was much higher demand for executives who could either invest or raise capital. This year’s report found a greater focus on individuals who can drive value and cash flow in assets.

In recent months, a slew of new recruiting firms have opened around the world in not only the real estate sector but a wide variety of industries, a nod to boom times in the search industry. Here’s a look at just a recent sampling from the Hunt Scanlon Media archives:

Veteran Edward Batchelor has launched executive search firm Hardman Batchelor International, LLC. Based in Austin, TX, the firm specializes in recruiting and assessing leading board directors, CEOs and C-level executives with a particular focus on cultivating the Austin market.

Search industry veterans Ian Macleod and Paul Atkinson have joined forces to form Atkinson Macleod Executive Search. The firm focuses on board and senior executive level searches for the private and public sectors. Mr. Macleod spent 16 years running the Scottish arm of Odgers Berndtson after serving for 10 years with the Norman Broadbent.

upLIFT HR has been launched in New York by veteran human resources executive Talia Salvati. The firm was created to partner with small and large scale companies holistically to create, structure and recruit its HR teams. It works with purpose-driven companies to find dynamic and nimble HR leaders who can drive their company’s vision and mission.

Wakerobin Partners has been launched in The Woodlands, TX, by Rick Lowry. As a boutique firm, Wakerobin specializes in recruiting corporate and regional leadership throughout the U.S., working in a myriad of industries and disciplines. Mr. Lowry has more than 15 years in the search industry, as well as many years in leadership positions in public and private companies.