Stay Connected:
Organizations are quickly increasing their use of temporary workers ... and funding sources are lining up to invest in recruiting firms focused on the sector. 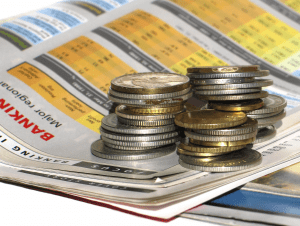 January 24, 2017 – By 2025, most workers (70 percent) and employers (68 percent) agree that a majority of the workforce will be employed in gig positions. That reality is likely driving new and existing investors to contribute $20 million in funding to Shiftgig, a marketplace that connects U.S. employers with workers seeking short term positions.

It brings the company’s total capital raise to $56 million and supports an aggressive growth strategy set out by Shiftgig’s management team.

Organizations need talented employees, but with an improving economy recruiting them is becoming more difficult. While the severity of the issue varies company to company, it’s clear that a transitioning global economy has created a demand for new jobs, new skills and new capabilities. Organizations are now scrambling to find the best talent ….. Here’s some further reading from Hunt Scanlon Media.

“The success of Uber, Lyft, Postmates and other mobile consumer marketplaces have demonstrated that millions of individuals seek flexibility with their work schedules,” said Eddie Lou, co-founder and chief executive officer of Shiftgig. “Consumers aren’t the only ones taking advantage of labor service platforms; businesses are starting to think strategically about the future of workers.” This funding round, he said, will allow the company fulfill its mission of connecting businesses to millions of qualified, hourly workers seeking short-term gigs.

“Last year was really about laying the groundwork to execute on an aggressive growth strategy in 2017,” Mr. Lou added. Shiftgig added four new cities in 2016 and has plans to double that number this year.

“We’ll continue diversifying the shifts we offer with more activity in the hotel, retail, experiential marketing, and e-commerce/logistics warehouse industries. New markets and industries mean more clients and specialists. We’re looking forward to upping our game and advancing the on-demand workforce industry in 2017.”

So what’s driving the exodus of workers from full time employment? According to Shiftgig, there are six factors coming into play, creating what it sees as a perfect storm for gig workers and its business model:

As a result of the Affordable Care Act’s employer mandate, many companies are turning to a flexible workforce that allows them to save on costly healthcare fees for employees. In one survey, 68 percent of companies questioned said that the ACA will have a high impact on hiring more freelance workers and as a result, 74 percent will contract with more freelancers.

Another survey of 8,000+ workers found that independent workers are more satisfied with nearly every aspect of their working lives than employees. One more survey found that 74 percent of the workforce prefer being independent workers and have no intention of returning to a full time job. All of the benefits that inherently come with the gig economy – choice, autonomy, flexibility and control – are the same factors that drive worker satisfaction. The most common benefit? Forty percent liked having more control over their time.

It’s not just the workers that benefit. Nearly 50 percent of respondents in one survey agreed that utilizing temporary workers gave them a more flexible team, 46 percent liked that they can often start working immediately, and 45 percent found that they had specific niche skills valuable to their company.

4) Technology Has Fueled the Growth of the Emerging Gig Economy

Mobile devices have untethered workers from their desks. Mobile-only features like push notifications, social integration and near-immediate payments exponentially improves the usability and effectiveness of technology platforms, as well as the experience for both workers and employers. A mobile marketplace allows busy managers to ramp their staff up or down quickly, directly from their mobile phones.

5) It’s Not About Jobs, It’s About How Work Gets Done

Think of all of the jobs that have been distilled down to “work.” Much of the media industry has adopted the “Hollywood” model of work, with fewer full time journalists but a sea of freelance reporting work. Inside your average organization, what was once the role of a tenured marketing executive is now work produced by a social media contractor, an outsourced PR agency and a marketing strategy consultant. What were once seen as jobs are now viewed as work that can be done by many people.

The argument has already been made for saving on company benefits like insurance when utilizing flexible workers. But how much does it really save? A lot. One survey says hiring an employee costs 30 to 40 percent more than an equivalent independent worker.

Another possible reason for the rise of the gig economy might be that companies are finding the use of temporary / contract workers as a new approach to business structure and employment. It has been on the rise with companies utilizing these types of workers to fill positions during a time where talent shortages seem widespread.

The report says by 2025, 52 percent of C-suite executives say their organizations will be much more committed to building an agile workforce and the average employer expects 68 percent of their workforce to be comprised of agile talent.

The ability to anticipate talent needs, and leverage skilled workers wherever they may be, will be key to a company’s sustainable competitive advantage going forward. For most organizations, moving to a more agile model will call for greater collaboration between HR executives and the C-suite to drive this shared objective ….. Here’s some further reading from Hunt Scanlon Media.

Massive Shift to Contract Employment Underway
There are abundant findings to support a connection between companies’ utilization of an agile workforce model and their future success. Consider that nearly 90 percent of employers agree that by 2025, companies that are adept at managing a mix of traditional and agile talent will be most successful.

These figures coincide with similar findings in an Adecco study, ‘Definitive Guide to Building a Better Workforce,’ which found that 67 percent of companies use contingent labor to enhance their workforce and close talent gaps. The study surveyed 536 C-suite executives across the U.S. regarding the types of talent they need, skills that are most difficult to find, how they are using contingent labor and progressive recruiting methods to enhance their workforces, employee retention techniques and more.

But according to Rick Gray, chief executive officer of Chicago-based a TalentRISE, ’tis the season to reflect on past trends and to ponder what lies ahead. “There are pros and cons of an ‘on demand’ workforce,” he said. “In seasonal industries, it may be ideal and is not a new concept.” As CEO of an expanding recruitment consulting and talent solutions business, he said TalentRISE itself has leveraged on-demand talent by deploying a network of specialized recruiters for urgent client hiring needs.

But cons, he said, can include the erosion of loyalty and pride, the risk of a workforce of pure multi-taskers and no specialization, and perhaps even an entire generation running from gig to gig with little financial stability. “If this trend is inevitable,” he asked, “then how might it impact talent acquisition in the long run?” The end goal, he said, of getting the best workers deployed most quickly at the least cost possible will not change. “But how we all get there will,” he said.

Mr. Gray envisions a future where a truly integrated talent solution renders traditional applicant tracking systems irrelevant, hiring cycles cut down to hours rather than weeks and months, and cultural nuances captured so efficiently that matching candidates to companies takes just seconds. So, what lies ahead? “I don’t know for sure,” said Mr. Gray, “but as Yogi Berra once said, ‘The future ain’t what it used to be.’”