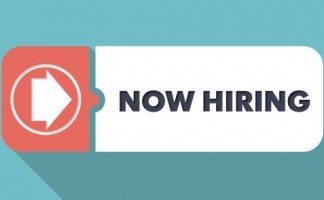 January 12, 2016 – U.S. employers remain confident in their hiring plans as they embark on a new year, with 36 percent of employers planning to add full-time, permanent employees in 2016, according to CareerBuilder’s annual job forecast. Nearly half of employers (47 percent) plan to hire temporary or contract workers.

Workers can also expect to see higher starting salaries, more teens in internships, more women and minorities in leadership roles, and more opportunities to move from low-skill to high-skill jobs, according to data trends in the report.

“On average, the U.S. has added 200,000 jobs each month over the last two years, and we expect 2016 to produce similar results, if not better,” said Matt Ferguson, CEO of CareerBuilder. “The market is also showing signs of broader wage pressure. While employers have been more willing to pay a premium for high-skill labor, they now have to pay more competitive wages for entry-level positions. Workers are gaining leverage.”

While more than a third of employers are increasing full-time, permanent headcount, 45 percent anticipate no change. One in 10 employers (10 percent) plan to decrease staff levels, while nine percent are unsure of their hiring plans.

Looking at key trends that will help shape the employment landscape in 2016, several are tied to higher competition for talent, innovation in sourcing and developing high-skill workers, and a push for more diversity in leadership.

CareerBuilder’s report is just the latest to reveal an upbeat job forecast. The recently released annual hiring survey by DHI Group found that 61 percent of HR managers and corporate recruiters anticipate more hiring in the first half of 2016 as compared to the second half of 2015. In the next six months, 17 percent of companies surveyed plan to hire 30 percent or more professionals, up five percentage points from the prior year.

These positive outlooks follow the Labor Department’s most recent employment report, which saw the U.S. add 292,000 jobs in December. For the year, total job growth totaled 2.7 million, the second-best year for hiring since 1999.