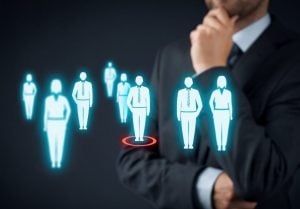 November 9, 2016 – Selecting a CEO is arguably one of the most vital decisions a board makes. Companies that choose the wrong leader can suffer hits to their stock price and market capitalization and lose in a variety of areas — momentum, opportunities, reputation, customer goodwill and, perhaps most importantly, trust within the organization, which can take years to re-establish.

A new report, authored by Spencer Stuart search consultant Jeff M. Hauswirth, looks into the impact selecting the wrong CEO can have on an organization. Mr. Hauswirth is a member of Spencer Stuart’s global CEO and board practices group and has racked up more than 20 years of experience conducting CEO and board mandates across diverse industries, including real estate, industrial, technology and media. He has led more than 150 CEO, president and general manager searches, most of which involved identifying and recruiting talent from around the globe.

According to any number of reports, the impact of the CEO on an organization — especially one who fails — is staggering. The economic cost of appointing the wrong top leader at global companies is estimated at more than $100 billion, according to a report by PwC. Nearly one third of investment decisions are related to the reputation of the CEO; 39 percent of investors say they would likely sell a stock based solely on the CEO, while only 15 percent say they are likely to buy a stock based on the CEO’s current reputation alone, concluded recent FTI Consulting findings.

According to Harvard Business School, 40 percent of all executives who change jobs or get promoted fail in the first 18 months, a number that has remained steady for the past 15 years. Despite understanding the high stakes of these decisions and witnessing high-profile failures, boards have not made wholesale improvement in CEO selection. So why is CEO succession and selection so hard to get right? Many boards still cling to a CEO selection process that sets organizations up for failure.

“Concern over hiring the wrong CEO can lead some boards to a cautious, closed search process designed to minimize the risk of failure,” said Sam Pettway, founding director of BoardWalk Consulting – a specialist search firm focused on recruiting CEOs and senior leaders for non-profits and foundations. “We say refocus that concern.” The best searches, he noted, are creative, impactful, innovative efforts designed to attract aspirational candidates to a compelling mandate. “Yes, it might be expensive to unravel a bad hire, but the opportunity cost of a truncated or mediocre search can be far higher. As an early boss once preached, ‘Why do we never have enough time to do it right but always enough to do it over?!’” 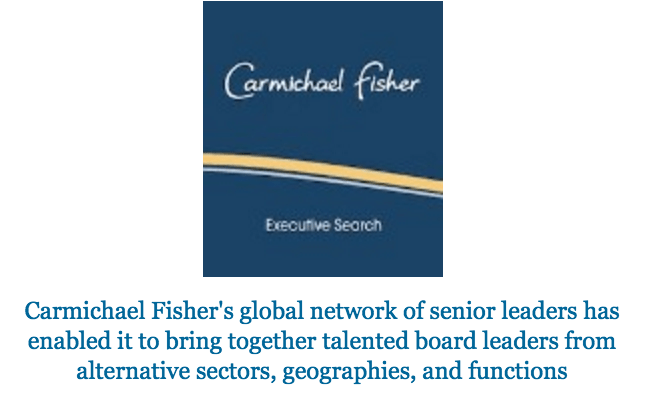 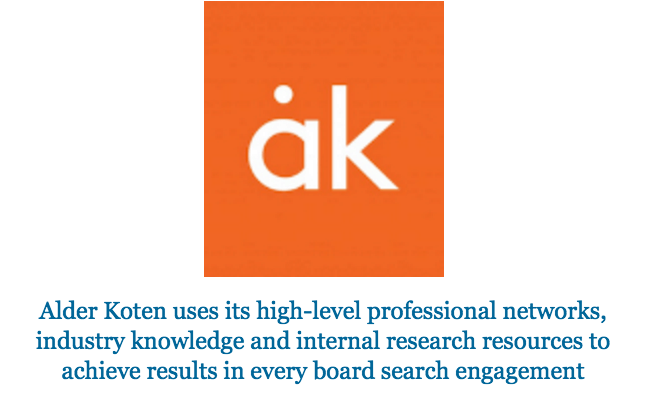 Where the Process Breaks Down

The stakes of CEO selection require a process with commensurate rigor, according to Spencer Stuart. However, boards can overlook important components of the process, especially if directors have never had to address succession previously. Here are some of the most common missteps the search firm has come up with:

While the expertise of a previous CEO on the committee is valuable, some boards become too reliant on this perspective. Similarly, the process runs more smoothly when at least one member of the CEO selection committee previously chaired one. However, this experience is rare given the episodic nature of CEO selection. Boards should prioritize CEO succession expertise when recruiting new members, even if there is no imminent transition. For the right balance of efficiency and diversity of perspectives, the optimal size of the committee is three to four directors, typically including the lead director or non-executive chair. Audit committee chairs should not be assigned to the selection team, as the time commitment is too great in the face of their existing responsibilities.

Some organizations have found it helpful for the current CEO to act in an “of counsel” capacity. However, depending on the level of emotion in the situation, the CEO’s involvement may do more harm than good. Even when the CEO has proactively made the decision to leave, it can still be challenging for the executive to hand over the helm.

Additionally, board members with aspirations for the CEO role can quickly undermine the integrity of the process and should recuse themselves well in advance of the formation of the selection committee.

On average, boards tend to be extremely effective at understanding industry dynamics and financial and strategic planning. However, it is far more challenging to accurately assess a potential CEO successor’s integrity, fit with the organizational culture, ability to inspire and energize the enterprise, and capacity to develop other leaders. Thus, many committees can fall into the trap of overlooking or discounting what they cannot tangibly measure. Drawing on experts with a history of CEO and executive assessment can help provide a fuller picture of the candidate’s potential, as well as strengths and areas for development.

At times, the articulated strategy is too rooted in the present and can include status quo assumptions, rather than reflecting a view of where the company needs to be in five to 10 years. If the specification is built upon an outdated strategy, the successor could be set up for failure. The criteria for the new CEO should be tied to the strategic, organizational and operational levers that the next CEO will need to employ.

The length of the selection process also impacts the CEO specification, said Spencer Stuart. The process can easily take more than two years, during which the market can change dramatically. However, many committees can be reluctant to pause the process to reassess whether the expectations are still relevant out of fear of perceived failure.

A lack of agreement on the overall succession plan can undermine the selection process — and the successor’s future success. A recent survey conducted by PwC revealed that nearly half of directors were divided on their companies’ succession plans. Lack of alignment on the process may also indicate differing perceptions of the strategy and how to execute it, which can quickly derail a new CEO. Without unified board support, the successor can quickly fall into the trap of navigating conflicting mandates rather than delivering on the organization’s strategic goals.

The Spencer Stuart report also looked into why CEO succession and selection is so hard to get right. Many boards still cling to a CEO selection process that sets organizations up for failure, said the search firm.

While many factors contribute to selecting the wrong CEO, a strong succession framework significantly increases the odds of a long-term successful outcome. Taking the following steps can help organizations create a more surefire process.

The Spencer Stuart report concluded that when identifying candidates, be prepared to challenge traditional assumptions. Here is what the study suggests:

Do not underestimate cultural fit. Boards will want to consider whether the culture of the company needs to shift or change, and how aligned individual candidate profiles are with the desired company culture. Prior to having the candidates evaluated by experts in executive assessment and organizational culture alignment, the committee members should spend additional time with the candidates in different settings in order to begin to gauge their cultural fit. Executives who are hired solely for their technical skills can fail if they do not align with the culture.

Understand the full picture. A rigorous review of an individual’s capabilities, including the observations of others who can validate their performance in current and past roles, can reveal whether candidates have the relevant experience as well as potential areas for development. Gaps may include a lack of specific knowledge or “hard skills,” such as experience with regulators or financiers, or a deficiency in certain “soft skills,” e.g., the ability to navigate complex interactions or to influence and motivate others. Gaining insight into external talent — through research, informal or formal introductions, or an executive search — can provide additional benchmarks when assessing the readiness of potential successors.

And, of course, it is not enough to look at past accomplishments; boards should strive to gain an understanding of candidates’ analytical capabilities, social intelligence and self-awareness — all skills that speak to an individual’s executive intelligence and ability to succeed in more complex and demanding contexts.

“There is nothing better than to see a CEO engage the organization at both the board and enterprise level, challenging the status quo and driving both EBIT and marketshare,” said Brian Clarke, managing partner of Kensington International — a provider of executive search, leadership development & coaching, and outplacement & transition services. “We have seen revised commercial and operating strategies – when combined with the infusion of new energy and direction coming from a new CEO – moving the needle virtually overnight.”

Years of data and experience have demonstrated the predictive power of these traits on executive performance — and their link to the performance of the business. Although some organizations evaluate candidates based on personality testing, there is no clear correlation between personality and performance.

With the high cost of failure — and the significant financial, reputational and talent impact of the right decision — boards need to reassess their CEO succession processes and ensure that they are supporting their strategic goals. In addition to the potential damage to the organization, a poor decision in successor can also jeopardize a director’s standing.

“We’ve seen numerous boards hire the wrong CEO, either during a pivot or a turnaround, and the results have been disastrous,” said Rod McDermott, managing partner at McDermott & Bull – an executive search and interim leadership provider. The firm was designated as the fastest growing recruiting outfit among its Top 50 rivals by Hunt Scanlon Media this past spring. “Not only are time and financial resources squandered, companies often lose key talent who are disenfranchised by the wrong CEO.” More often than not, he added, “the wrong CEO brings a cultural perspective that is not aligned with company values – spending money lavishly on executive perks, self-dealing, creating a closed-door mindset, or alienating key customers and vendors.” In these cases, he said, great people see the writing on the wall and will often leave before watching the company flounder and ultimately fail.

While there can be immense pressure to make a decision quickly, the board must resist that urge and take the time necessary to make a fully informed decision. In addition, it’s important to remember that succession is rarely a neat process and the committee and chair need to have realistic expectations. Those who do not invest in developing strong selection processes well in advance of CEO succession risk paying heavily later.

The Benefits of Having a Diverse Skill-Set