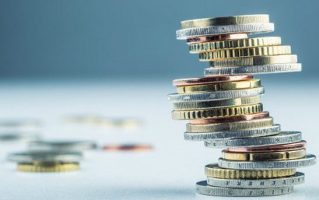 Tracking the same set of full-time workers, according to ADP, leads to a truer picture of wage growth among those who are consistently employed. Full-time job switchers fared better than job holders. Their wage growth rate slowed slightly, whereas holders’ growth rate slowed by more than a percentage point from the previous quarter on a yearly basis. Wage growth on a year-ago basis was moderate largely because of an unfavorable year-ago comparison.

Wage growth for full-time workers varied across industries during the past four quarters. Wage growth slowed in every industry but remained strong in most, with the exception of natural resources and mining.

The information industry continues to lead the way in terms of wage growth at 6.5 percent. This industry is made up of many highly paid, well-educated workers who are valued and in short supply. Indeed, among all industries wages are highest in information. Among full-time switchers, workers switching from leisure / hospitality and trade gained the most. This is not surprising, as there are more low paying jobs in these industries and even little increase in wages would translate to a considerable growth because of their lower wage base.

Job switchers who move from a part-time to a full-time job garner a negative hourly wage growth. This is more or less true across all industries. This suggests the availability of benefits and more hours lead to increased take home pay and the stability of a more permanent job weighs more heavily than the hourly wage alone.

Workforce dynamics vary considerably across regions as well. The region that remains the strongest is the West, which despite exposure to commodities and the high dollar, benefits from strong demographics, booming tech, tourism and international trade, and a recovering housing market. The West leads other regions in terms of wage growth of holders, though growth has slowed in this region as well as in all others. Employment growth has seen a similar slowdown and during the past year employment in the West and South grew by 2.5 percent and 2.3 percent, respectively. These are far above the Northeast with 1.6 percent growth and the Midwest with growth of just 1.4 percent.

Wage growth for job holders is strongest for those with three to five years on the job: during the past year it increased by a respectable 4.2 percent. Those with two years or less earned 3.8 percent more during the four quarters ending in the second quarter. Those with five to nine years saw a modest increase of 3.4 percent, while growth slowed measurably, to 2.2 percent, for those with more than 10 years tenure.

Despite wages slightly climbing, workers still feel that they need to change jobs to get a decent pay raise.