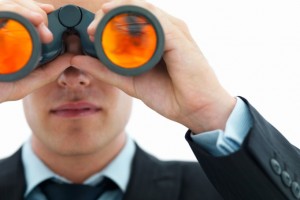 February 25, 2016 – Twenty-one percent of workers plan to look for new jobs in 2016, according to a new study released by Penna. The report found the majority of them have been considering a change for as a long as 11 months.

“We all know that the end of the year sees a spike in the number of individuals looking to take charge of their careers. Worryingly, it would appear that potentially many employees have been disengaged for over 11 months,” said Penna managing director Bev White. “Employers have the power to re-engage disenchanted workers and there is no better time to trigger important changes than at the start of a new year when thoughts generally turn to themes of refresh and renewal.”

Forty-eight percent of people claimed the main reason for the change was that they were searching for better pay and benefits. Another 44 percent said it was down to the promise of greater development opportunities, while 32 percent said they were simply looking for a change in career direction.

Workers looking for a higher pay comes as no surprise and various studies have pointed to expected salary increases in the coming year.

According to the Korn Ferry Hay Group 2016 Salary Forecast study, workers are expected to see wage increases of 2.5 percent, the highest in three years.

The annual hiring survey by DHI Group reported that 61 percent of respondents in the U.S. anticipate more hiring in the first half of 2016 as compared to the second half of 2015, a slight uptick from a year ago.

The most recent U.S. Bureau of Labor Statistics report found that wages picked up significantly last month, a sign the job market could be tightening enough to force companies to pay more to attract and retain employees. The half a percentage point increase in average hourly earnings last month was a bright spot in a very positive labor report. The last six months were the best extended period for employee paychecks since the recovery began six and a half years ago.

“While offering better pay and benefits may be out of the hands of some employers, a lot of the things on employees’ wish lists such as better work-life balance, greater recognition and development opportunities don’t cost anything,” said Ms. White.

Penna’s survey found that employees aged 18-24 were the most likely to be planning a move this year, while 25 percent of those aged 25-34 are considering leaving their posts.

According to separate research by Pinpoint Market Research and Anderson Jones PR, 88 percent of Millennials seek a consistent work/life balance in their jobs and 57 percent said they will leave a job if they aren’t getting it. The survey also found that Millennials look for work with career advancement opportunity. They don’t just see career advancement as scaling the professional ladder. Instead, Millennials look at professional growth as learning opportunities.

“Our research shows that career development is particularly important to workers and one of the most impactful steps that companies can take is to make sure managers are holding regular career conversations with direct reports to identify personal goals and challenges,” said Ms. White. “Such discussions create more agile employees and empower them to better contribute to company success. They also open up opportunities for redeployment, where individuals are uninspired by their current role but remain committed to the organization.”

A separate report by Penna, however, found that companies are failing in their attempts in developing employees. Penna found that a mere 13 percent of employees described their organization as doing enough to recognize potential.

“It is time that organizations recognized the importance of spotting potential and talent development,” said Penny de Valk, managing director of Penna’s talent practice. “By failing to do so they are jeopardizing their greatest asset – their talent. Not only are they missing out on the opportunity to engage their most valuable employees, they also risk wasting – and possibly losing – existing talent at a time when it’s in short supply,” with the result being that valuable talent has either gone to waste or left the business (estimated at around 23 percent in the past 12 months).

A significant number of employees surveyed (71 percent) said they would be more likely to stay with an organization that recognized their potential, yet almost a quarter (24 percent) had no idea whether or not their company thought they had what it takes.

Penna’s findings concur with a recent report issued by CareerBuilder, which found that more than one in five employees (21 percent) say they will leave their current employers in 2016, a five percent increase since last year (16 percent).

The study found similar results among younger workers, with three in 10 employees ages 18 to 34 (30 percent) expecting to have a new job by the end of 2016, compared to 23 percent last year. Thirty-four percent of employees are regularly searching for job opportunities, even though they’re currently employed — a four point increase since last year (30 percent).