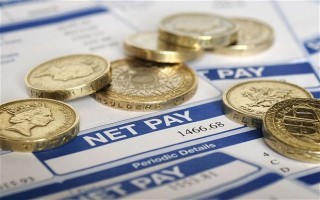 December 21, 2015 – Workers around the world are expected see wage increases of 2.5 percent, the highest in three years, according to the just-released Korn Ferry Hay Group 2016 Salary Forecast.

In Asia, salaries are forecast to increase by 6.4 percent, down 0.4 percent from last year. However, real wages are expected to rise by 4.2 percent – the highest globally. The largest real wage increases are forecast in Vietnam (7.3 percent), China (6.3 percent) and Thailand (6.1 percent). In fact, despite China’s economic slowdown, coupled with plummeting stock markets and reduced exports, workers in the country are set to see an eight percent salary increase in 2016 as employment rates continue to grow due to the sustained rise of a burgeoning Chinese middle class.

Seeing the benefit of being a part of the fastest growing major economy, Indian workers are also forecast to see the highest real wage increase they have seen in the last three years, at 4.7 percent compared to 2.1 percent last year and 0.2 percent in 2014.

The outlook is positive in the U.K., France and Germany. While salary rises will stay at 2.5 percent in the U.K. (the same as the last two years), low inflation means that real wages are to increase by 2.3 percent in 2016 – above the Western European average. Workers in France and Germany are also forecast to see real wage rises of 1.7 percent and 2.7 percent. The picture is similar in Greece, where, despite economic issues, salaries are set to increase two percent (compared to 1.3 percent last year) with deflation leading to real wage rises of 3.4 percent expected in 2016.

Workers in Ukraine are forecast to see the biggest wage rises in Europe (11.5 percent), but due to high inflation (48.3 percent), real wages are set to drastically reduce by 36.8 percent. The outlook is similar in Russia as the impact of economic sanctions and falling oil prices hit the economy. Despite an average salary increase of seven percent, with inflation at 14.5 percent, real wages are set to fall by 7.5 percent. This is significantly more than the 0.7 percent decrease in real wages seen last year.

This upward trend can also be seen in North America, where the labor market is buoyant. In the U.S., with low inflation (0.3 percent), employees will experience real income growth of 2.7 percent. Canadian workers will meanwhile see salaries increase by 2.6 percent and experience real wage growth of 1.3 percent. Across the continent, salaries will increase by 2.8 percent, the same as last year.

Workers in Latin America are forecast to see the largest headline salary rises in 2016 at 11.4 percent. However, due to high inflation in the region (12.8 percent), they are expected to see real wage cuts of 1.4 percent. This is especially evident in Argentina and Brazil, as despite salary increases of 31 percent and 7.7 percent, respectively, workers in Argentina will only see a 3.6 percent increase in wages, and those in Brazil will actually see a real pay cut of 1.2 percent in 2016.

Ultimately, Venezuela is set to suffer the most significant cut in real income across the globe. Salary increases are high at 70 percent, but when predicted inflation is factored in (122.6 percent), employees can expect real wage cuts of 52.6 percent.

2016 looks positive for workers in the Middle East and Africa. Despite plunging oil prices and economic and political chaos throughout the region, salaries in the Middle East and Africa are forecast to rise by 5.3 percent and 6.5 percent. Relatively low inflation means that workers are set to see real wage increases of 3.8 percent and 1.6 percent.

In the Middle East, Lebanon (11.5 percent) and Jordan (5.3 percent) are forecast to see the highest real wage increases, with the UAE set to see the slowest real wage growth (0.9 percent) – down from 2.8 percent last year. High inflation in Egypt means it is the only country in the region set to see a cut in real wages (0.4 percent).

“Asia continues to drive growth in wages globally as companies look set to increase wages. However, the global labor market is in flux as the aging workforce in advanced economies begins to take hold,” said Mr. Spriet. “In emerging economies, upskilling workers is crucial for companies to maintain competitive advantage, and those skilled employees can expect to see wages rise as talent shortages in certain regions drives salaries up.”

Korn Ferry Hay’s report on increasing salaries follows multiple surveys that anticipate strong globally hiring among companies heading into 2016. According to the annual hiring survey by DHI Group, Inc., 61 percent of respondents in the U.S. anticipate more hiring in the first half of 2016 as compared to the second half of 2015, a slight uptick from a year ago. In the next six months, 17 percent of companies surveyed plan to hire 30 percent or more professionals, up five percentage points as compared to when asked in 2014.