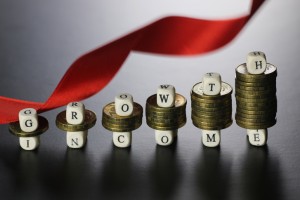 April 20, 2016 – More than half of employees globally (56 percent) believe they must switch companies in order to make a meaningful change in their compensation, according to the ‘Global Salary Transparency Survey‘ released by Glassdoor.

The report also found that the majority of employees globally (69 percent) wish they had a better understanding about what is actually fair market compensation for their position and skill set at their company and in their local job market. Interestingly, the survey reveals fewer women understand how pay is determined at their company than their male counterparts (53 percent vs. 65 percent, respectively).

“Even in 2016, most employees — especially women — remain in the dark about what fair pay is for their particular role. The majority of employees report their companies do not share pay data internally even as most employees believe salary transparency is good for business and employee satisfaction,” said Dawn Lyon, Glassdoor vice president of corporate affairs and chief equal pay advocate.

“Employers need to understand that perpetuating salary sharing taboos can ultimately impact retention,” she added. “More than half of employees around the world feel that in order to get a significant raise they need to jump to a new company. Our data shows that by helping employees understand fair pay and providing clear pathways for advancement, employers can increase employee satisfaction, engagement and retention.”

Perception among employees appears to be that the grass is greener elsewhere, as many believe they could earn more at another company. Close to half (49 percent) of U.S. employees feel they must switch companies in order to obtain any meaningful change in compensation.

Overseas, more employees in France (64 percent) feel they must switch jobs to obtain meaningful compensation changes than those in all other countries surveyed except Germany.

Most Employees Report Their Companies Do Not Share Salaries Internally

The differences along gender lines raises questions related to whether men have access to more salary data than women, if they perceive to have more knowledge about salary at their company (vs. actually having pay insights), or if they are asking more direct questions of leadership regarding pay levels.

Lack of Understanding Persists Around How Pay is Determined

The survey also uncovers that globally, employees have a lack of understanding about how their pay stacks up in the market. More than two thirds (69 percent) of employed adults across the globe wish they had a better understanding of what fair pay is for their position and skill set at their company and in their local market.

Clarity around compensation practices is divided along gender lines. Globally, more employed men (59 percent) than employed women (51 percent) believe they have a good understanding of how people are compensated at all levels in their company. In the U.S. the divide is larger with 65 percent of employed men who believe they have a good understanding of compensation levels in their company, compared to 53 percent of employed women.

One thing regarding compensation that all employees agree on is that money talks. Multiple reports have found that employees are willing to switch jobs in coming months in order to achieve higher pay.

Check Out These Related Articles On Executive Compensation: