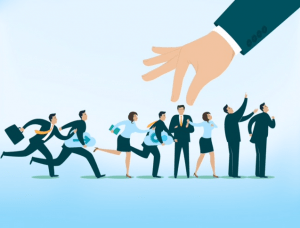 The share of respondents reporting rising employment at their companies over the past three months edged up to 30 percent from 29 percent in the April survey, while the share reporting a decrease in employment fell to 11 percent from 18 percent in the same survey three months ago. The 30 percent share of respondents whose companies added workers is close to previous levels, but the 11 percent share reporting fewer workers is the smallest since the April 2015 survey.

The share of respondents who anticipate their organizations will add workers in the next quarter fell to 29 percent in June from 35 percent in the April survey, while the share expecting job reductions held nearly steady at 18 percent. This results in a net rising index of 10, the lowest index reading since the NABE survey first asked this question in July 2014.

“The results of the most recent NABE ‘Business Conditions Survey’ are mixed,” said NABE president Lisa Emsbo-Mattingly. “Sales growth rebounded strongly in the second quarter among survey participants’ companies, but profit margins were flat, on balance. While net capital spending and employment trends were steady, the number of organizations that cut employment and capital spending declined notably. In addition, panelists have ratcheted down their expectations for overall growth, with nearly two thirds expecting GDP growth of two percent or lower over the next four quarters.”

The survey also asked panelists if their companies had difficulties filling open positions over the past three months; 31 percent reported they had difficulty, down from 34 percent in the April survey.

The report comes on the heels of several mixed reports on the U.S. economy.

Lucas Group’s ‘SMB Job Generation Outlook’ found that shifts in the economic and employment outlooks of America’s small to mid-sized business sector have generated a mixed set of market trends, with optimism among the polled group moderating.

“We’ve been closely monitoring executive outlooks among SMBs for several years, and while the sector seemingly wants to express optimism about the economy and jobs market, their self-confidence noticeably waivers when we ask about specific company plans and projections,” said Lucas Group chief marketing officer Scott Smith. “The small to mid-sized business market overwhelmingly sees itself as a job generation force, yet there’s been a consistent and conspicuous difference between theoretical job creation optimism and actual hiring plans.”

In the Business Roundtable’s second quarter ‘2016 CEO Economic Outlook Survey,’ only 29 percent of CEOs expect their company’s U.S. employment to increase in the next six months. In addition, 38 percent anticipate employment to decrease in upcoming months.

“Unfortunately, it’s more of the same ‘one step forward, one step back’ we’ve been experiencing for a number of years now,” said Doug Oberhelman, chairman and CEO of Caterpillar Inc., and chairman of Business Roundtable. “We need sustained, healthy growth, which would be aided by enactment of pro-growth policies, such as ratifying the Trans-Pacific Partnership and updating our outdated tax system. Absent that, the U.S. economy will continue to be stuck in the slow lane.”

Manpower’s most recent ‘Employment Outlook Survey’ found stable, but moderating hiring plans among U.S. employers for the third quarter of 2016. Of the more than 11,000 U.S. employers surveyed, only 23 percent anticipate increasing staff levels during the quarter. Five percent of employers expect workforce reductions, and 71 percent expect no change in hiring plans.

These reports follow the most recent labor report, which saw employers adding 287,000 jobs last month as the U.S. unemployment rate rising slightly to 4.9 percent. During the month, job growth occurred in the leisure and hospitality, healthcare and social assistance, and financial services sectors.

However, other outlooks for the remainder of the year have been positive.

“On average, the U.S. has added 200,000 jobs each month over the last two years, and we expect the remainder of 2016 to produce similar results, if not better,” said Matt Ferguson, CEO of CareerBuilder.

According to the ‘Hiring Outlook: Strategies for Adapting to a Candidate-Driven Market’ report released by The Execu | Search Group, 66 percent of employers plan to hire additional staff this year.

“As the job market continues to improve we are hearing from clients that it’s becoming increasingly difficult to both find and retain high-quality employees,” said Edward Fleischman, chairman and CEO of The Execu|Search Group. “Compounding the problem, we’re seeing a disconnect between what employees want in a job and what employers believe they want in workers.”

Check Out These Related Stories On Hiring Trends: