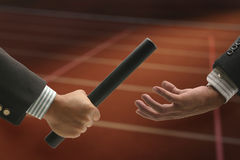 September 8, 2016 – Executive search firm Spencer Stuart has recruited Murray Wright as president and chief executive officer of TESSCO Technologies. He assumes the role from founder and past CEO Robert B. Barnhill Jr., who will assume the role of executive chairman and continue to serve as the chairman of the board.

The appointment of a new CEO comes amid declining revenues and earnings which have pushed the company’s shares down 18 percent since the beginning of the year.

Mr. Wright was most recently president and CEO of Zones, Inc., a global IT solutions provider with approximately $1.5 billion in revenues. Before that, he was president of the Americas for Tech Data, a $28 billion publicly traded, global distributor of IT products and services. Prior to that, he served as president of Lenovo Canada. Earlier in his career, Mr. Wright was general manager and vice president of Americas sales for Ingram Micro Canada.

“After an extensive search led by the executive search firm Spencer Stuart, the board is very pleased to welcome Murray Wright as TESSCO’s new president and CEO,” said John D. Beletic, TESSCO’s independent lead board director. “In 1982 Bob Barnhill founded TESSCO as ‘Your Total Source’ for two-way radio dealers, and has built the company to what it is today. We look forward to continued growth under Murray’s leadership as president and CEO.”

“This is an ideal time for Murray Wright to become TESSCO’s next CEO, as we evolve from a transaction supplier to a consultative, end-to-end solution provider that enables the deployment of network and connectivity systems,” said Mr. Barnhill. “Murray is a strong, experienced and innovative leader. He is ready to respond to the exponential pace of change in wireless technologies, networks and applications, customer expectations and doing business digitally. He has the drive, ability and commitment to accelerate the transformations already underway to achieve breakthrough success in the exploding world of wireless connectivity.”

With fiscal 2016 year-end revenues of $530.7 million, TESSCO is a complete source for building, using and maintaining wireless broadband voice, data and video systems.

Spencer Stuart’s CEO practice has conducted nearly 1,500 CEO search and succession assignments over the past half decade or so. Veteran recruiter Jim Citrin leads the firm’s North American CEO sector group. During his 20-plus years with the firm, Mr. Citrin has worked with clients on more than 600 CEO, board director, CFO and other top management searches and CEO succession assignments. He has handled a number of high-profile CEO searches including the ones that led to the hiring of Marissa Mayer at Yahoo, Léo Apotheker at Hewlett-Packard, Jack Dorsey at Twitter, and the promotion of Brian Krzanich to CEO at Intel. The firm recently recruited Frito-Lay North America CEO, Thomas Greco, to the CEO post at Advance Auto Parts.