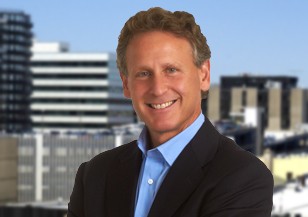 June 22, 2015 – Social-media company Twitter announced on its news feed that is has retained Spencer Stuart to lead the board’s search efforts to find the San Francisco-based company’s next chief executive officer. James M. Citrin, head of Spencer Stuart’s North American chief executive practice, will lead the assignment. Mr. Citrin has handled a number of high-profile CEO searches, including the ones that led to the hiring of Marissa Mayer at Yahoo, Léo Apotheker at Hewlett-Packard, and the promotion of Brian Krzanich to CEO at Intel. Twitter’s board will only consider candidates “who are in a position to make a full-time commitment to Twitter,” the company said in a statement.

Twitter co-founder Jack Dorsey is going to serve as interim CEO starting on July 1 when current CEO Dick Costolo steps down. Mr. Dorsey is currently CEO of Square and unless he gives up that position it seems unlikely he will be considered a serious lead candidate.

On June 11 Twitter announced that it had established a search committee tasked with identifying candidates to be become Twitter’s next CEO. With that pronouncement, made in under 140 characters, Twitter’s leadership shake-up became public knowledge.

“The board has the utmost confidence in the strong management team Dick has assembled and in Jack Dorsey’s ability to lead the company on an interim basis while we identify a permanent CEO,” said Silicon Valley veteran Peter Currie, a board member in charge of Twitter’s search committee. “In our next CEO, we are looking for a bold thinker and proven leader capable of helping Twitter fully capitalize on its unique platform for the benefit of users, advertisers and employees, and to maximize value for investors in the years ahead.”

“Jim Citrin now steps into a hornet’s nest of sorts,” said Scott A. Scanlon, founding chairman and CEO of Hunt Scanlon Media. Mr. Scanlon said one of Twitter’s earliest and biggest investors, Chris Sacca, publicly accused the company of handling the CEO transition in a ‘sloppy and confusing’ manner, calling it a ‘debilitating mess.’ “That, plus Wall Street’s displeasure with how the company has failed to build out new products and attract more users, has led many to wonder just what sort of candidate will prevail.”

Mr. Citrin also knows the difficulties that lie ahead now that one of the most highly visible CEO searches is in the public eye. Earlier this year he wrote about the problem of confidentiality, or the lack of it, during important search assignments: “In doing a CEO search a board can and should have a very tight, confidential process,” wrote Mr. Citrin. “Several high profile companies in technology and other sectors have tried to follow this path but for one reason or another were not successful. Candidate identities were revealed in the media. Rumors spread inside of the companies leading to morale issues and factions. For the candidates whose names were leaked it was even worse forcing them to speak to their bosses or boards and declare their loyalties. Breakdowns in a process can be bad for the individuals and their careers, just as they are bad for a hiring company. It is even bad for the candidates who stay through to the end; no one wants to be a second choice.”

Recruiters polled by Hunt Scanlon about the leadership qualities Mr. Citrin might be searching for in a CEO to best serve Twitter at this stage of its life cycle were varied and offered a window in on the complex task Mr. Citrin has ahead of him. Surprisingly, more than half of recruiters said that a leader from outside of Silicon Valley would surface soon and would provide the company with the fresh vision it requires. Technical skills may be unimportant, they said.

Insider candidates, though thought to be in leading contention today, will soon fall off in favor of outsiders, said recruiters asked about the search, as the hunt for a truly transformational chief executive now gets underway in earnest. “This is one of the more highly visible CEO searches we’ve seen in the Valley for years,” said one recruiter who’s placed a large number of CEOs into position at technology-based portfolio companies of his private equity client. “This has all the makings of being one of those great, text book CEO search assignments. But therein lies the pressure. You get it right, you help transform a company. Get it wrong, and you’re a chump.”

Mr. Citrin, a 21-year veteran with Spencer Stuart, has worked with clients on more than 600 CEO, board director, CFO and other top management searches and CEO succession assignments. Prior to joining Spencer Stuart, Mr. Citrin spent five years with McKinsey & Co.

In a speech given to millennials less than two weeks ago on how to land jobs, Mr. Citrin — the father of three children in their 20’s, said: “There are more possibilities out there for energetic, creative, entrepreneurial people than ever. But their career paths are much less defined than before. Whether it’s consolidation, globalization, competition, or new technologies, companies aren’t creating the career lanes they had even 10 years ago.” He could have just as well been talking about the Twitter CEO search.