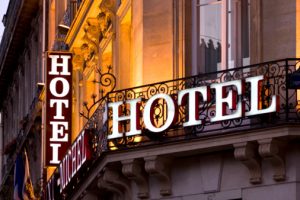 March 30, 2017 – Tourism’s importance as a driver of the South African economy is increasing and that has led global hospitality consulting firm, HVS, to launch HVS Executive Search Africa, based in Cape Town. The new outpost will focus on corporate positions, general managers and department heads in the hotel industry across the continent.

“One of the challenges of running hotels in Africa is finding good quality people,” said Tim Smith, managing partner at HVS in Cape Town. “Then once you’ve found them, and put them into position, you’ve got to find ingenious ways to retain them because with the huge number of hotels opening up across the continent, talent poaching is fast becoming a persistent and challenging problem.”

Mr. Smith said talent churn and lack of loyalty in the local African hotel industry has roots that are deeply ingrained in the continent’s culture and stretch far back. “Taking care of staff builds staff loyalty, which, in turn, reduces the cost of recruitment and promotes rising service levels,” he said. Sound talent management impacts positively on the guest experience, especially in this sector, and that makes it a long term driver of revenue, he noted.

HVS Executive Search has been expanding its footprint in the Asian, European and North American markets and is now looking to replicate that growth in the Middle East and African markets.

While HVS, like most of its chief global headhunting rivals, has global reach to tap into talent pools on every continent, Mr. Smith said he is making it a personal priority to put African people into position. “At the moment, there is a staggeringly small number of African executives across the market. So we’re looking to promote from within and to work with companies to give them internal training platforms to upskill their staff to senior and executive management level roles,” he said.

Mr. Smith said that it is crucial that executive managers, particularly those coming in from outside the continent, have a cultural understanding of, and respect for, local communities’ needs. “At the moment, the problem is that talent from European hotel schools are coming to work in Africa with a mindset to drop in, stay for two years, and use their experience here as a stepping stone on their way to Dubai, or somewhere in Europe.” He said what is needed, instead, are people who are not counting down the days until they can leave Africa for better opportunities somewhere else. “We’re looking for people who want to be in a position for at least five years and then move to another position on the continent,” Mr. Smith said.

At the recent Meetings Africa Conference, tourism minister Derek Hanekom said in his opening address that arrivals to South Africa from other countries in Africa grew by 11 percent in 2016, while overseas arrivals increased by 18 percent. “Travel and tourism now contributes around 3.3 percent to Africa’s GDP, and supports over nine million jobs directly, or three percent of total employment. The World Travel and Tourism Council forecasts that the number of jobs in tourism will grow exponentially this year,” said Mr. Hanekom.

A significant rise in the African middle class across the continent is also giving more exposure to the hotel industry and creating rising demand for employment in the sector.