Menu
View our Events
Stay Connected:
Will the largest HR membership organization turn to another insider as it seeks its seventh leader? We take another look at the benefits of hiring from within. 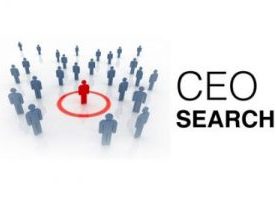 January 30, 2017 – Henry G. Jackson, who served as president and CEO of the Society for Human Resource Management (SHRM) during a time of growth in its membership and services, has announced his retirement. The organization has retained Spencer Stuart to lead the search for his replacement. SHRM, the world’s largest HR association, has been led by Mr. Jackson since 2010. He was promoted into the CEO role after serving as the association’s chief global finance and business affairs officer.

During his CEO tenure, the association grew to a record 289,000 members and launched SHRM Certification. The accredited certifications are now held by more than 96,000 HR professionals.

“Hank Jackson has made lasting contributions to SHRM and the HR profession,” said Coretha Rushing, chair of the SHRM board of directors and corporate vice president and chief human resources officer (CHRO) at Equifax. “But his work is not over. During his final year, he will continue to lead SHRM and ensure that the goals set out in its strategic plan are met. Come December, we will wish him well in his retirement. He will be greatly missed.”

The Society for Human Resource Management is the world’s largest association devoted to human resource management. Representing close to 300,000 members in more than 140 countries, the Society serves the needs of HR professionals and advances the interests of the HR profession. Founded in 1948, SHRM has more than 575 affiliated chapters within the U.S. and subsidiary offices in China and India. 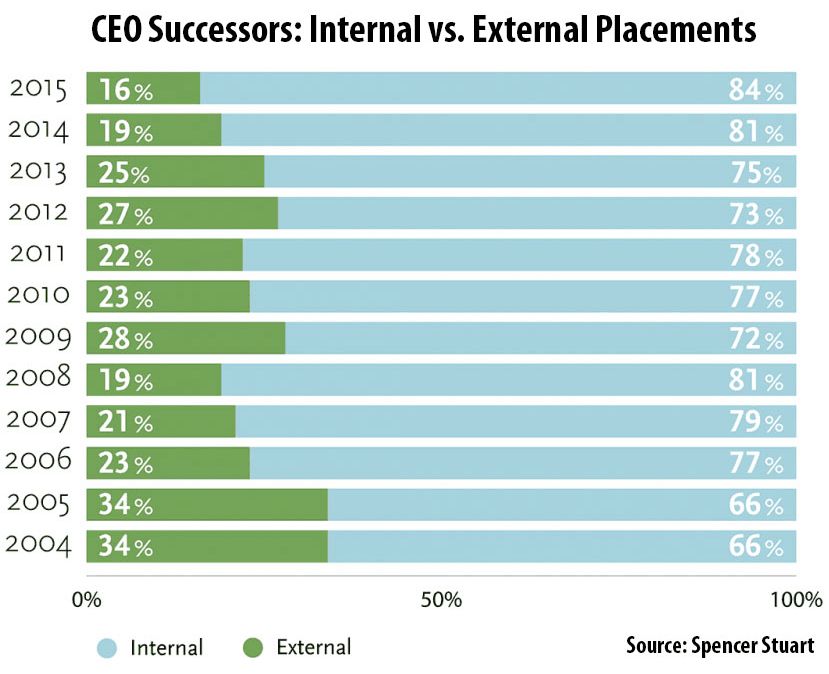 Part of the search firm’s task, of course, will be to vet external candidates. But according to its own research, insiders typically get the nod for the top post at most companies it recruits for today.

That raises the likelihood that SHRM might once again look to its internal ranks — as it did when it moved Mr. Jackson into position — to fill its chief executive slot. It’s not at all an uncommon move.

Just recently, chocolate maker Hershey chose an insider when it installed chief operating officer Michele Buck as its new CEO. Rival search firm Egon Zehnder assisted in that assignment. Since joining Hershey in 2005, Ms. Buck spearheaded the development and execution of many successful growth initiatives and strategic shifts at the company.

“As the board contemplated the right strategic leader for the next great chapter in Hershey’s history, it quickly became apparent that Michele offered the right mix of outstanding vision and proven execution to continue taking our company forward,” said Pamela Arway, chair of the governance committee of Hershey’s board of directors and chair of the board’s special committee overseeing the CEO succession process.

Why Outsiders Are Sometimes the Best Fit

Hiring an executive from outside a company to serve as chief executive officer used to be seen as a last resort. That is not the case anymore with the disruptive market-related changes that companies are facing today. Last year, 17 percent of the largest 2,500 public companies in the world changed their CEO and with that turnover more big companies deliberately chose their new CEO from outside the company as part of a planned succession. It is an indication, report recruiters, that hiring an outsider has become more of an intentional leadership choice than a necessity. Outsiders accounted for 22 percent of all CEOs brought in via a planned succession between 2012 and 2015, up from 14 percent in the 2004 to 2007 period. In addition, almost three quarters of all outsider CEOs were brought in during planned successions during that same period, up from 43 percent in 2004 through 2007. “Outsider CEOs have caught up and closed a performance gap,” said Scott A. Scanlon, founding chairman and CEO of Greenwich-based Hunt Scanlon Media, “strengthening the case for considering a new leader from outside the company.” ….. Here’s some further reading from Hunt Scanlon Media.

Spencer Stuart Recruits CEO for Mattel
Earlier this month, Spencer Stuart tapped an outside leader for the top job at Mattel. The American toymaker considered insiders and outsiders, but in the end the search firm persuaded Google’s Americas president to switch careers and run Mattel.