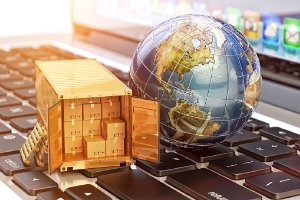 May 16, 2018 – Executive search consortium Signium has named Annelize van Rensburg as leader of its global consumer goods and services practice. She has 20 years of executive search experience and is one of the founding members of Talent Africa, which became Signium Africa last year.

“Ms. van Rensburg is fulfilling a critical role as successful practice groups are a key part of Signium’s strategy and consumer goods and services accounts for more than 25 percent of Signium’s searches globally,” the organization said. Her industry experience spans a variety of sectors with a number of clients in the consumer, agriculture, hospitality, FMCG and health sciences field. She has experience in servicing multi-national companies with a specific focus on South Africa and the sub-Saharan region. She is based in South Africa.

Ms. van Rensburg takes over from Frances Kelly, who served as practice group leader for over three years. Signium said that she made “a valuable contribution growing the group, improving the structure and quality of thought-leadership content on the global website, and effectively encouraging practice group members to contribute with new ideas and sub-groups.”

In December, it opened a new office in Seoul, South Korea. The office will provide search and leadership consulting services for Korean local conglomerate and multinational corporations. Mann-Hyun Han has been named managing partner of Signium Korea. Prior to joining Signium, Mr. Mann-Hyun has over 20 years of consulting experience in Korea and the U.S.

In September, Signium added partners Felipa Xara-Brasil and Joana Proença de Carvalho in Portugal and Alberto Chico in Spain. Ms. Xara-Brasil was one of the founders of Heidrick & Struggles in Portugal. Ms. Proença was partner at Fesa, an executive search firm in Brazil.