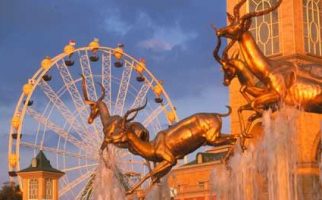 January 17, 2017 – Executive search firm Signium has expanded with the addition of Talent Africa in Johannesburg.

Talent Africa will form part of Signium’s EMEA regional offering and membership will allow them to service international clients not only in South Africa, but also in sub-Saharan Africa. The firm plans to re-brand as Signium South Africa by July.

“Talent Africa’s membership will add a significant footprint in sub-Saharan Africa for Signium,” said Ignacio Bao, chairman of Signium. “A major criteria for Talent Africa’s attraction to Signium is the fact that all offices are wholly owned by the local consultants. This will enable Talent Africa to maintain a level 2 Broad-Base Black Economic Empowerment (BBBEE) status as a Qualifying Small Enterprise (QSE).”

The economy of Africa consists of trade, industry and agriculture. According to recruiters expanding in the region, business is booming and a number of search firms therefore have continued their migration to the continent.

South Africa has a mixed economy, the second largest in Africa after Nigeria. Despite this, South Africa is still burdened by a relatively high rate of poverty and unemployment, and is also ranked in the top 10 countries in the world for income inequality. However, South Africa is a popular tourist destination, and a substantial amount of revenue comes from tourism.

Signium has recently been seen expanding in various other regions around the globe:

In October, it opened a new office in Buenos Aires, Argentina. Led by Rubén Heinemann, SIGNIUM Argentina serves a number of industries, including industrial, financial, business & professional services, as well as oil & gas throughout Argentina. Mr. Heinemann has over 30 years of cumulative C-suite and executive recruiting experience in the Argentine market.