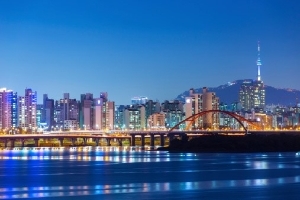 December 13, 2017 – Executive search firm Signium has continued its expansion with the opening of a new office in Seoul, South Korea. The office will provide search and leadership consulting services for Korean local conglomerate and multinational corporations. Mann-Hyun Han has been named managing partner of Signium Korea.

“Throughout the last two decades, Korea has successfully achieved rapid economic growth with traditional leadership capabilities,” said Mr. Mann-Hyun. “However, the landscape of business is rapidly changing and thus the need to sustain growth requires different leadership qualities compared to the past.”

Prior to joining Signium, Mr. Mann-Hyun has over 20 years of consulting experience in Korea and the U.S. with Monitor Group and LEK Consulting. He has expertise across wide range of industries including media, entertainment, telecommunications, internet, chemicals, automobiles, consumer products, education and public sectors. He also has expertise in organizational value-up and leadership development. Previously, Mr. Han was co-leader of Egon Zehnder’s Seoul office.

Seoul is the business and financial hub of South Korea. Although it accounts for only 0.6 percent of the nation’s land area, more than half of South Korea’s bank deposits were held in the city last year, according to Forglobal, a networking website. The traditional, labor-intensive manufacturing industries have been continuously replaced by information technology, electronics and assembly-type of industries, however, food and beverage production, as well as printing and publishing remained among the core industries, said Forglobal. Major manufacturers are headquartered in the city, including Samsung, LG, Hyundai, Kia and SK.

Seoul also hosts a large concentration of headquarters for international companies and banks, including 15 companies on the Fortune 500 list. Most bank headquarters and the Korea Exchange are located in Yeouido (Yeoui Island), which is often called ‘Korea’s Wall Street’ and has been serving as the financial center of the city since the 1980s.

In September, Signium added partners Felipa Xara-Brasil and Joana Proença de Carvalho in Portugal and Alberto Chico in Spain. Ms. Xara-Brasil was one of the founders of Heidrick & Struggles in Portugal. Ms. Proença was partner at Fesa, an executive search firm in Brazil.