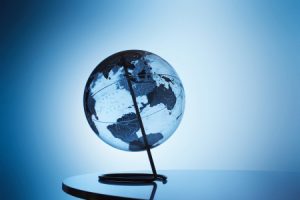 September 6, 2017 – Executive search firm Signium has expanded with the additions of partners Felipa Xara-Brasil and Joana Proença de Carvalho in Portugal and Alberto Chico in Spain.

Ms. Xara-Brasil was one of the founders of Heidrick & Struggles in Portugal, where she was responsible for starting the firm’s office in Angola, leading business development in Mozambique and managing the Lisbon office’s executive search and leadership consulting projects. She was also CFO in a technology, media and telecom and services group, and has been financial director of the Lisbon Oceanarium and the Multipurpose Pavilion. She previously worked as a controller at Danone International Brands and as senior associate at KPMG. Ms. Xara-Brasil speaks fluent English, French, Spanish and Portuguese.

Ms. Proença began her career at Accenture as a human capital consultant. Having joined Heidrick & Struggles in 2001, she was part of the team that developed and launched leadership services in Portugal and the SELA region (South Europe and Latin America). In 2006, she joined Brandia Central, a group of branding and communication companies, where she held executive positions responsible for human resources and support in Portugal, Angola and Brazil. From 2012 to 2015, Ms. Proença was partner at Fesa, an executive search firm in Brazil, where she launched consulting services and led projects in São Paulo, Rio de Janeiro, Curitiba, Porto Alegre, Brasilia and Belém.

The addition of these two partners reinforces Signium’s position in the Portuguese market, where both will lead projects in executive search and leadership services, said the firm. Based in Lisbon, they will be responsible for developing business and leading projects in their respective practices.

Mr. Chico will be responsible for Spain’s leadership advisory services practice. He will be based in Signium’s Madrid office and is expected to strengthen the positioning of the firm in leadership services. With more than 13 years’ experience in multinational companies, he has held managerial roles in human resources, selection and search, and executive talent projects. Before joining Signium, Mr. Chico worked as a partner of leadership and human resources practices in Spain at Odgers Berndtson. Before that, he held several management positions at Banco Santander, first as global head talent acquisition, then human resources senior manager for top executive, and later was appointed human resources director of global corporate banking, with international responsibility in EMEA, LATAM, USA and APAC. Before that, he worked for three years as manager at Michael Page.

Lastly, Signium added Honoré Verbeet as a partner in Amsterdam. For over 20 years, he has completed hundreds of searches, both in the Netherlands and across Europe. At Signium, he focuses on the industrial & manufacturing, technology and professional services sectors. Mr. Verbeet has built a portfolio of clients for both local and international companies.