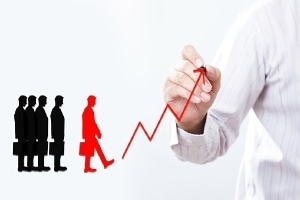 March 8, 2018 – Executive recruitment firms have made a number of top leadership appointments this past year, many focused on strategy, growth, branding efforts and operations. The latest: Riviera Partners has named Will Hunsinger as its CEO.

Mr. Hunsinger has been part of the Riviera team for the past two years, serving as chief operating officer before his promotion. During that time, he has helped drive significant expansion of Riviera’s executive search practice as well as launching R[2] (R Squared), Riviera’s marketplace for software engineering talent that combines data science, machine learning and recruiter curation to match talent.

Mr. Hunsinger spent his entire career in the technology industry as a consultant, advisor, entrepreneur, executive and investor. Prior to Riviera, he was digital practice operating director for private equity fund TPG Growth. Mr. Hunsinger also held roles as chairman, CEO and co-founder of SportStream (acquired by Facebook), president and CEO of Vulcan-backed Evri and served as entrepreneur in residence for consumer-focused venture capital firm Maveron. He previously held senior positions at Gap Inc., Overture (acquired by Yahoo) and Accenture.

“Riviera Partners has experienced significant growth over the past two years,” said Michael Morell, co-founder and managing partner of Riviera Partners. “Will’s leadership and operational expertise will allow us to capitalize on this momentum, continue scaling our business and ensure our recruiting professionals have the support and freedom to focus on exceptional service delivery to our clients.”

Ali Behnam, co-founder and managing partner of Riviera Partners, said Mr. Hunsinger should prove a strong addition to the firm. “Technology, data science and machine learning have the potential to transform recruiting and deliver an exponentially better experience for our clients and candidates,” he said. “Will’s vision for how to unlock that potential and his experience growing companies is exactly what we need to take Riviera’s talent platform to the next level.”