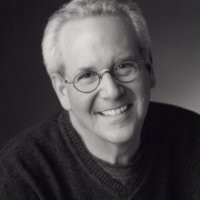 Called “the guru of new business” by The Wall Street Journal, Mark was the first agency person to hold the title of Chief Marketing Officer and has lead pitches resulting in almost $8B of new business billings.

As Vice Chairman CMO at BBDO from 2005-2012, he helped the agency gain multiple Network of The Year recognition from Ad Age, AdWeek, and Campaign. Before BBDO, he was Chief Marketing Officer at Fallon Worldwide from 1993 until the summer of 2004. He was the driver of the agency’s successful new business efforts (growing from $185MM in billings to almost $1B).

Mark grew up as a writer and copy supervisor at Leo Burnett before becoming creative director and then agency president at Earle Palmer Brown, where he helped grow the agency from $3 million to $410 million in billings.