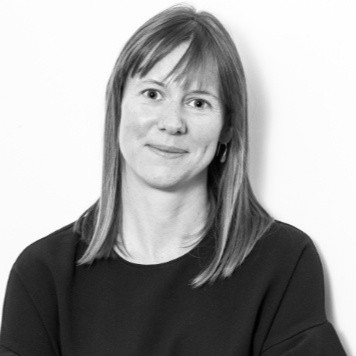 Anna is a Director at Grace Blue, focusing on senior marketing and strategy roles. After leaving Oxford in 2000, Anna began her career in advertising as an account handler at WCRS. She moved to M&C Saatchi in 2007 as Business Director to lead the agency’s TfL, Foster’s and Ribena accounts, working on the award-winning Olympic Delivery Authority campaign in the run-up to London 2012.

During her time at M&C, Anna played an active role in the agency’s graduate recruitment scheme, while finding the time to complete the IPA’s Excellence Diploma. Anna’s headhunting career began in 2012, when she set up the planning and strategy team at boutique firm, The Longhouse.

From there, she moved to The Talent Business to work on senior briefs as a Planning Talent Strategist before joining Grace Blue in 2015, where she leads senior strategy briefs in EMEA whilst overseeing the rapid growth of the London office’s marketing practice.