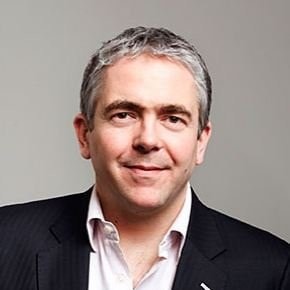 Jay is one of the three Founders of Grace Blue and CEO of the Partnership’s US operation. Following three years of blood, sweat and tears studying Locke and Descartes, Jay put his knowledge of the great philosophers to good use in his first role as a graduate trainee at McCann-Erickson London.

During his five years at the agency, he worked in both new business and account management, whilst also running the agency’s graduate recruitment and mentoring programmes. In 2001, Jay left McCann to set up his own business before moving into the world of communications recruitment with Kendall Tarrant.

Responsible for leading and growing the European side of the business, Jay worked alongside Gay Haines and Juliet Timms, with whom he set up Grace Blue in 2006. Created to work exclusively with the most senior people in business, the Grace Blue Partnership quickly established itself in the British, European and Asian Markets.

As the business continued to scale, Jay moved to New York in 2012 to set up the US operation.