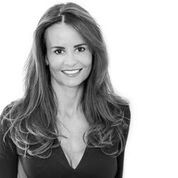 Amanda is a Partner at Grace Blue, leading the London office media practice across EMEA. With over 20 years’ experience in the industry, Amanda has held senior positions at leading media owners and agencies including Commercial Director at Haymarket, Group Advertisement Director at BBC Worldwide and Group Head at IPC Media (now Time Inc. UK), where she was named on Media Week’s 30 Under 30 list.

Her career in search began at The Lighthouse Company in 2011, where she focused on the media and publishing sectors before moving back to the agency world in 2014 as Havas Media Group Managing Partner, New Business and Marketing.

Amanda joined Grace Blue in 2015, and leads the Partnership’s media owner and agency practice across EMEA.

Amanda is actively involved in the industry. A trustee of NABS, she won the Ron Miller award for her outstanding service to the charity, and regularly sits on panels for industry awards including Media Week’s 30 Under 30, Media Week’s Rising Star and the Content Marketing Association Awards.