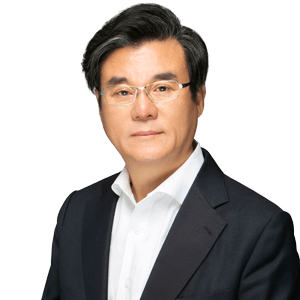 Since 1987, Gary has placed many Korean executives in the areas of automotive, industrial, financial, life science and other high-tech industries. He is deeply involved with cross-border searches for multinational companies by working closely with global partners in America, Europe and Asia. He also has a good track record with Korean government owned banks and utility services corporations by successfully placing C-level executives.

Gary began his career with a local commercial bank as a senior officer in the international business department. Later he joined a foreign company as Head of Korea Operations.

He has a wide network with the Korean business community and initiated the establishment of “The Korea Executive Search Consultants Association,” serving as its President in 2001. He was one of the founding members by acting as the Vice President of the “21st Century Executive Forum,” one of the largest CEO social network groups in Korea.

Gary has been selected as one of the top 200 global recruiters by the Economist Intelligence Unit and is involved with other ‘talent management’ lectures and seminars within the Korean business community. He is often cited as an industry expert in various local media outlets and has contributed invaluable articles on talent acquisition and management.

Gary graduated with a B.A. degree in English Language and Literature and minored in Political Science from Hankuk University of Foreign Studies in Seoul. He went on to attend the Graduate School of International Trade of the same university where he received his MBA degree. He is also a government registered management consultant in the field of personnel and organization management.

Gary is an avid golfer and also enjoys mountain climbing and cycling. He is married with one son and one daughter and is currently residing in Seoul.