Chairman of the Global Board 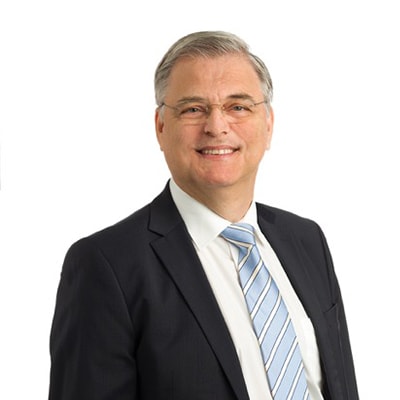 Dr. Bernd Prasuhn is Managing Partner and Chairman of the Global Board of Ward Howell International.

He began his career in Marketing at Procter & Gamble, where he held various positions in the laundry and cleaning division. At the beginning of the 80s, he moved to Beiersdorf in Hamburg where he was responsible for a variety of product lines, countries and regions, primarily in international marketing in the cosmetic division. In his final role he was responsible for the Beiersdorf subsidiaries in Central Europe.

In the mid 80s Bernd moved into the Executive Search Industry, joining Heidrick & Struggles Germany where he ultimately took the responsibility for the Dusseldorf Office as a Partner and was Member of the German Management Team composed of the three German Office Managers.

In 1991 Bernd joined Ward Howell Gemany as Managing Partner, was nominated European Speaker and two years later Chairman of the Board of the worldwide Ward Howell group. Under his guidance the group successfully rebranded into Signium International due to the loss of the brand rights in the United States.

In recognition of this work, Bernd was unanimously elected as the first Chairman of the new Signium International Inc. by the worldwide partnership and served as Chairman for almost nine years until end 2006.

Since then Bernd has developed the global group by recruiting numerous partner firms in several countries, has build and managed the global consumer practice, has been nominated one of the World’s Most Influential Headhunters in 2008 by Business Week and one of the 100 Most Important Headhunters in Germany by the Wirtschaftswoche in 2010.

In 2012 he was elected Chairman of Ward Howell International and is focusing on Top Level Leadership Consulting.