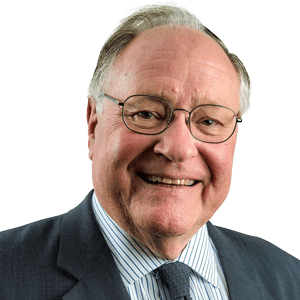 Mike Tappan is Partner-Board Practice and Head of Corporate Development at Ward Howell. He has had 46 years of experience in the executive search industry, including 15 years at Ward Howell in New York and Moscow in 1987-2002. For the past eleven years, he has consulted on board structure, composition, and compensation and the recruitment of international independent directors to organizations in Russia and, more recently, Ukraine.

Mike began his career on Wall Street as a securities analyst and later an investment portfolio manager at Clark, Dodge & Co., a New York Stock Exchange member firm founded in 1845. He is a Chartered Financial Analyst. He entered the executive search business in 1971 as a Vice President in the New York office of Russell Reynolds Associates. He later opened and managed for three years the firm’s office in Paris and later had a four-month assignment in the London office.

Mike joined Ward Howell in New York in 1987 as a Partner. He remained based in New York for 12 years, serving in several leadership capacities, including Manager of the New York office, member of the Executive Committee, Vice Chairman-International, and member of the Ward Howell International Council. In 1992, he co-founded the Ward Howell affiliate in Moscow and gradually shifted his concentration to the Russian market until he moved to Moscow in 1999 as Chairman of the Russian firm. He returned to the United States in 2003 and from 2007 to 2017 co-founded and managed two search firms focused on the recruitment of international directors to the boards of local companies in the Russian and then the Ukrainian market. He rejoined Ward Howell in his present position in 2017.

Mike has a B.A. degree from Yale University and an M.B.A. from the Harvard Business School. He has served on numerous charitable boards.