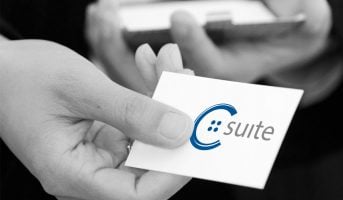 August 19, 2016 – A handful of new C-suite titles have been cropping up at businesses around the globe, according to a new report by search firm Odgers Berndtson and authored by business journalist Gary Mead.

Why the Proliferation In C-Titles?

There’s no simple answer as to why C-titles are proliferating now at such a rapid rate. Partly it’s a response to the lingering financial crisis from 2008. The days of easy money and ever-expanding GDP are gone – maybe forever – and it’s cheaper and easier to grant an important-sounding title than it is to give someone a fatter pay package.

While the corporate ladder may no longer be so steep for some, many workers, according to a number of reports, still think they deserve a promotion — and this is leading companies to feel pressured to hand out ‘better’ titles to make up-and-coming staff feel more valued.

Sally Drexler, an Odgers Berndtson partner in Los Angeles who focuses on finding digital leaders in the consumer sector, said new C-suite titles (apart from the traditional CEO, CFO, and COO roles) have been introduced in recent years and reflect  the fact that company issues have become much broader and more complex, and consumer needs have changed dramatically.

“The new titles are a way for companies to show their consumers that they understand what is happening in the outside world and a way to highlight the priorities of a business,” said Ms. Drexler. “Some of the newer titles emphasize the importance of a new company initiative or function within an organization, such as chief security officer in light of recent data breaches. It also shows whether it is seen as being a high priority for the company and is strategically critical to its success.”

It is also a means to distinguish certain roles. “Bigger and more corporate companies have embraced some new C-suite titles to a lesser extent, but have been cautious as they have to act within corporate guidelines,” said Ms. Drexler. “The roles of chief transformation officer, chief innovation officer, chief administrative officer, chief revenue officer, chief data officer and chief security officer are more common in today’s big corporations, as they want to be seen as embracing change in both the digital sense and show the changing nature of how consumer’s consume.”

This, in turn, said Ms. Drexler, not only sends a message to the consumer that the organization is focusing on the key issues — such as security, data, digital, transformation and innovation — “but it ensures the company stays competitive when it comes to hiring and retaining employees,” said added.

Smaller and / or privately owned companies which have a flat organizational structure have much more agility to be creative with their titles, said Ms. Drexler. The titles here help to reflect the personality of the organization and can be used as a way to attract talent on that basis alone, she says. “Sometimes these titles are very flippant but certainly have a role to play and resonate with the consumer and prospective employees,” she said. Two examples: chief happiness officer and chief listener.

From a compensation perspective, awarding employees C-suite titles is certainly a much less expensive way to attract and retain key talent than paying a huge salary increase, Ms. Drexler said. However, salaries need to reflect these titles to some degree, she added.

“A small salary increase is usually made as a token effort in the hopes that the employee will see the title as more attractive to the outside world and important when managing their own career trajectory,” Ms. Drexler added. “New C-suite titles are more commonplace than they were years ago.”

Here is a look at some unique C-suite searches from the Hunt Scanlon Media archives:

Check Out These Related Articles On C-Suite Recruiting:

Women In the C-Suite Lagging Male Counterparts Leadership DNA: What Is It and How Can I Find It? 10 Traits of Transformational CEOs Leadership Deficiency: Why Business Executives Are Falling Short Modern Day CHRO: Consigliere to the CEO Do You Have a Chief Risk Officer Onboard? If Not, You Will Soon…

Executive Recruiters Get Back to Business