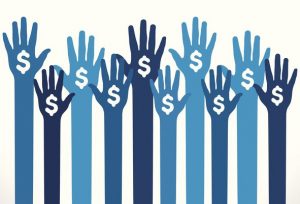 In his new role, Mr. Sciacca will be responsible for designing and implementing a comprehensive fundraising strategy and development program to achieve a high level of donations and grants from corporations and foundations, as well as to increase CCUSA’s government grants.

Prior to joining Catholic Charities, Mr. Sciacca served as director of archdiocesan appeals at the Archdiocese of Los Angeles. In addition, he’s also held leadership roles during his tenure with Boys & Girls Clubs as well as the Catholic Education Foundation.

Catholic Charities USA is the national membership office for Catholic Charities agencies nationwide which provide help for millions of people a year, regardless of their religious, social, or economic background. It provides leadership and support for the work of local agencies in their efforts to reduce poverty, support families, and empower communities.

According to recruiters, chief development officers are in high demand as fundraising prowess and having an ability to drive growth is becoming an essential part of the skills required of well-run non-profit and charitable enterprises. A recent search on LinkedIn of the title generated more than 140,000 results.