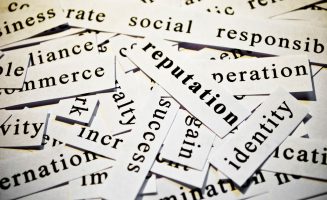 Her hire comes as Aetna pursues its $37 billion acquisition of Humana. The merger is in the final stages of regulatory review. Some consumer advocacy groups have been calling for more transparency about the merger process and their actions may have contributed to the hiring of Ms. Metcalfe who has served in leading communications roles over a long career.

Before joining Aetna, Ms. Metcalfe was Deloitte’s chief communications officer. Prior to that, she held numerous roles at Pfizer in its corporate reputation and policy communications area. She also spent four years with Novartis Pharmaceuticals and served as CEO / New York for global communications agency Cohn & Wolfe.

“We bring that vision to life and make it real, being able to show how we are changing and transforming our impact on communities,” Ms. Metcalfe said on the role communications plays in the company’s transition. “We are looking to build and create a differentiated position for Aetna. As you know, there are a number of deals ongoing in the insurance space. There’s an opportunity industry-wide for firms to engage with key stakeholders differently and to accelerate and move the ball forward in ways that weren’t possible before in this space.”

In an unusual twist, Spencer Stuart recently recruited Kim Keck from Aetna to serve as president and CEO of Blue Cross & Blue Shield of Rhode Island. Ms. Keck was with Aetna for more than 25 years; most recently she had been engaged in integration planning in connection with Aetna’s acquisition of Humana. During her tenure at the company, she held various leadership roles, including president of its northeast region, interim president of its southeast region, head of enterprise strategy and mergers & acquisitions integration, and vice president of finance. She also served as chief of staff to Aetna’s former chairman, CEO and president, Ronald A. Williams.

During the past three years, Spencer Stuart has conducted more than 400 C-level executive and board director assignments for healthcare services organizations as well as searches for scientific and clinical leaders, and functional executives in finance, HR, information technology and sales & marketing. The firm has worked with nine of the top 10 health plans and conducted C-level, dean, department chair or division chief searches at more than half of the top-tier academic health science centers.