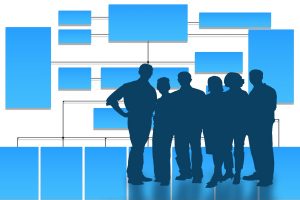 Leading an international team spanning all of NRDC’s offices, Mr. Yang will play a key role in galvanizing a new generation of funders while maintaining ties with the organization’s long standing donors. He will be responsible for creating and implementing plans to acquire private support, including gifts from individuals and foundations, to advance NRDC’s efforts to combat climate change and build a clean energy future, provide safe drinking water, defend endangered wild places and wildlife, and foster sustainable healthy communities around the world.

Before joining the University of California system, he spent over a decade with Harvard University, including serving as the founding director for Harvard Law School’s western regional campaign office based in San Francisco. He also held positions at HLS in alumni relations, admissions, externships and clinical legal education. In addition, Mr. Yang worked for Harvard University’s Faculty of Arts and Sciences, traveling to Asia regularly to engage alumni and supporters of Harvard College and the Graduate School.

“We are extremely excited to have Anders on board,” said Rhea Suh, NRDC president. “His leadership and expertise in external relations, campaigns and development will bring NRDC the fresh, innovative thinking we need to help secure the financial resources necessary to remain the standard-bearer for solving the central environmental challenges of our time.”

The Natural Resources Defense Council is an international non-profit environmental organization with more than two million members and online activists. Since 1970, its lawyers, scientists, and other environmental specialists have worked to protect the world’s natural resources, public health, and the environment.

According to recruiters, chief development officers are in high demand as fundraising prowess and having an ability to drive growth is becoming an essential part of the skills required of well-run non-profit and charitable enterprises. A recent search on LinkedIn of the title generated more than 140,000 results.

Koya Leadership Partners is a women-owned and led specialist search boutique serving the leadership needs of non-profit sector enterprises. The firm has recruited executive directors and CEOs for Girl Scouts in the Heart of Pennsylvania, American Red Cross of Chicago & Northern Illinois, ChildServ, and Maine Women’s Fund, among many others. It is currently heading executive director searches for Corporate Angel Network and West Contra Costa Education Advocacy Organization.