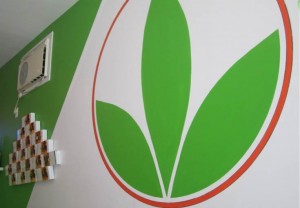 March 23, 2016 – Diversified Search has placed Dr. John Agwunobi as chief health and nutrition officer for the global nutrition company Herbalife. The search was led by John Mestepey, managing director of the firm’s Miami office, and Lorena Keough, a managing director in its life sciences, chemical, industrial and diversity practices.

Dr. Agwunobi brings an accomplished background and a wealth of experience to Herbalife as a physician, public health official and global executive. In his new role, his tasks will include responsibility for the company’s nutrition philosophy; nutrition and product education; leading the Herbalife Nutrition Institute; and heading the Herbalife nutrition and dietetic advisory boards. He will work with Herbalife’s 34 PhDs and 250 staff scientists to integrate nutrition science and member training into its product development process.

Previously, Dr. Agwunobi served as senior vice president and president of health and wellness for Walmart in the U.S. where he helped grow annual revenue from around $25 billion to $30 billion. He also provided insight and advice on health reform positions, public health advocacy, health nutrition, employee wellness and emergency response.

Prior to Walmart, he served as assistant secretary of health for the U.S. Department of Health and Human Services from 2005 to 2007. During his term, he was responsible for disease prevention and health promotion. He oversaw the Centers for Disease Control, National Institutes of Health, the Food and Drug Administration, the office of the U.S. Surgeon General, and numerous other public health offices and programs.

“Our client wanted to focus on someone with strong credentials in public health and human nutrition, which could have been a physician or a scientist,” said Mr. Mestepey. “In the end, Herbalife decided on an impressively credentialed physician with both a government and corporate background. We are often called upon to handle complex searches requiring a broad array of candidates, and are pleased to have successfully completed this placement.”

The position was originally titled chief scientific officer, said Mr. Mestepey. “However, the successful candidate, who was the former assistant secretary of health in the Bush Administration, was not a scientist, per se, but a very strong public health person. Therefore the title was amended to reflect his background more closely.”

“As we continue to invest in accomplished leaders, we further strengthen our mission of providing health and nutrition education and training to our members and their customers around the world,” said Herbalife chairman and CEO Michael O. Johnson, who overseas the $5 billion company.

Check Out These Related Articles On Recruiting for Health and Life-Oriented Organizations: