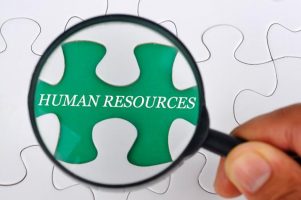 January 20, 2017 – Executive search firm McDermott & Bull has recruited Martin Holtzman as chief people officer of THINK Together, a non-profit organization that collaborates with communities, parents, and other stakeholders to transform the K-12 education system.

The search was led by principal consultants Bill Brewer and Scott Meyer along with senior recruiting associate Shree Thakarar.

“We moved quickly to complete this search, and were delighted that Marty joined THINK Together less than two months after launching this engagement,” said Mr. Brewer. “Marty is an accomplished human resources leader, and his experience working in large corporations is a great fit for THINK Together’s 2,500 employees.” He said the non-profit is an ideal platform for Mr. Holtzman, “who has a passion around improving the quality of life for others.”

Prior to joining THINK Together, Mr. Holtzman served in the top human resources role for Dako, a subsidiary of Agilent Technologies. He also served as vice president of human resources at Power-One, and has held HR leadership roles for Zebra Technologies Corporation and Somera Communications.

McDermott & Bull is the 29th largest executive search firm in the America, where it serves clients in the technology, financial services, manufacturing, biotech & life sciences, retail, and professional services sectors.

The chief people officer (CPO) position is a relatively new title within the HR function which many companies are using instead of a chief human resources officer (CHRO). It first appeared about a decade ago. Now, as companies look to build internal brand awareness and focus more on establishing and driving their own unique cultures, CPOs are coming more into vogue.

Scott Weisberg, chief people officer at Wendy’s, the $10 billion global fast food chain, said that talent acquisition strategies at many large companies are now as complex as their balance sheets. And while CHROs play a vital role in overseeing an organization’s broad-based workforce, “it is the chief people officer who typically goes beyond overseeing its people policies.”

A number of search firms have been placing CPOs in recent months or are currently leading searches for these C-suite HR executives roles at various organizations. Here’s a look at just a few from the Hunt Scanlon archives:

Check Out These Related Articles On Recruiting C-Suite HR Leaders: