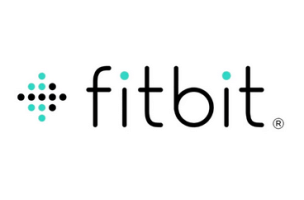 June 3, 2015 – West Coast-based technology search firm SPMB has recruited Marty Reaume as chief people officer to FitBit, the maker of wearable health trackers that has attracted users eager to document and quantify growing aspects of their health. Prior, Mrs. Reaume was CPO for nine years at NetSuite. A seasoned HR executive with over 20 years of experience in both start-up and mature organizations, Mrs. Reaume brings particular expertise in compensation, talent acquisition, psychometrics, mergers & acquisitions, leadership development, communications and employee relations.

“Fitbit is one of the fastest growth technology companies in the world, doubling and tripling revenue and headcount year-over-year,” said SPMB managing partner Dave Mullarkey. “They needed an HR leader that had been through that kind of rare hyper growth, and with a proven ability to build out the function from ground up. Marty fit the bill. She joined NetSuite pre-IPO and was chief people officer during its ramp over the past decade (10x growth).”

FitBit is planning an initial public offering, will be traded on the NYSE as FIT, and is anticipated to be valued at over $3 billion. The decision to bring the company public comes amid a surge of demand for wearable fitness trackers. Of the 20 million-plus devices FitBit has sold since 2007, more than half were purchased in the last year. But Fitbit is also seeing much larger rivals enter its space, from Apple to Microsoft, and the move to line up financing is clearly aimed at building out the company’s platform quickly.

SPMB, the largest independent technology-focused search firm serving Silicon Valley according to Hunt Scanlon tracking data, has been the executive recruiter of choice for FitBit. The firm has completed two other searches for the company with two more in the pipeline. The firm ranked No. 15 on Hunt Scanlon’s recruiter rankings this year, reporting just over $18 million in fee revenues for 2014, and tracking to $25 million for 2015.

This year, SPMB had a record first quarter. Total revenues were up double digits year-over-year, annualizing at nearly 50 percent growth, according to Hunt Scanlon. The firm closed 43 executive level searches in the first 90 days of 2015 and opened 60 new ones during the period, eight of which were assignments for CEO. During the quarter the firm put two of its key directors, Chris Johnson and Brandt Walker, into client-facing project leadership roles.

“On behalf of all our partners, I’m thrilled by our business results,” said Andy Price, one of the firm’s managing partners. “We’re closing more searches, growing strongly but sustainably and outperforming on every metric.”