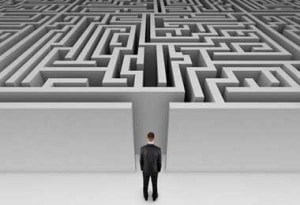 December 3, 2015 – With five generations expected to be all in one workplace, the workforce of the future will look much different than it does today — and HR leaders are doing a number of things to prepare, according to research from Aon Hewitt.

Aon Hewitt’s study captured insights from just 45 CHROs at leading global organizations, but the results are thought provoking. According to the study, the evolving needs of business, a volatile economic environment, and the changing talent landscape are shaping the selection of CHROs, with diversity in experience a key factor.

Interestingly, more than half of participating CHROs revealed they are not career HR professionals. Of these, approximately one third had no background in HR prior to assuming their current CHRO position.

Aon Hewitt found that 73 percent of study participants have changed their industry at least once in their career. According to Aon, a change in industry leads to an increase in the velocity with which a CHRO aspirant progresses in their career. For example, those who have never changed industry had an average work experience of 27.5 years, and an average tenure of just four years as CHRO. Sixty-six percent of study participants indicated they had prior board exposure.

Eighty-four percent of CHROs highlighted executive compensation experience, 24 percent took a rotation or assignment in a line role (outside of HR) to build their business and commercial acumen, and another 67 percent have worked and lived abroad, and/or led global teams and initiatives. Two thirds indicated ‘business knowledge’ as a key competency, but it was also among the competencies for which they felt least prepared.

“CHROs have become critical stakeholders in defining the strategy of a company, and they are expected to tackle the HR challenges and evolving expectations of a dynamic workplace environment that will consist of constant change, calculated risk taking and evolving expectations from top stakeholders,” said Neil Shastri, leader for global insights & innovation at Aon Hewitt. “Those well-equipped to achieve the greatest success will have diverse skill sets, be adaptable and agile, and gain hands-on learning from working through real life situations and acquiring knowledge across disciplines and industries.”

When participants were asked about emerging capabilities that future CHROs will need to be successful, six key themes emerged:

“HR is used to helping other parts of the organization with succession planning and leadership development, but could improve in the area of developing its own leaders,” said Dave Kompare, an Aon Strategic Advisors & Transaction Solutions partner. “To build a strong bench for the future, HR must work on creating an environment conducive to the growth of future CHROs from both within and outside the function. It must also look for ways to help CHROs of the future pick up critical experiences that matter in the CHRO position.”

Companies also need to ensure that their HR executives are satisfied in their current role if they want to retain the best and brightest executives in the function. According to a survey from the Society for Human Resource Management (SHRM), the vast majority of HR professionals (88 percent) had some level of confidence that they could land a new position if they were not satisfied in their current role. More than one out of three respondents (37 percent) who said they were looking or planning to look for a new job cited “more compensation/pay” as the reason. Thirty-three percent also pointed to “better career advancement opportunities” as the reason for seeking a new job.

Among the companies that are hiring for human resource positions, HR generalists continue to be in the highest demand (55 percent) according to the summer 2015 survey. Generalists were the most sought-after HR professionals in the December 2014 survey (53 percent) and the January 2014 survey (70 percent) as well, and those positions were the second highest category of job postings in SHRM’s HR Jobs database in May 2015.

With the HR field being a job seekers market, the demand for C-level HR executives is rising, according to recruiters specializing in the function, as upbeat U.S. hiring forecasts point to a growing sense of urgency within the HR community to prepare and plan for potential talent shortages.

According to another separate survey from SHRM, the need for HR expertise increases dramatically with company size. Just one percent of small companies (those with one to 99 employees) are recruiting for HR positions, according to its summer survey results. On the other end of the spectrum, nearly two thirds (65 percent) of employers with 25,000 or more workers are now hiring for HR jobs.

This research concurs with findings from Hunt Scanlon Media CHRO surveys which indicate that as large companies bring their more significant executive recruiting work in-house, there is a developing need for top-flight CHROs who can oversee the entire corporate talent management continuum.