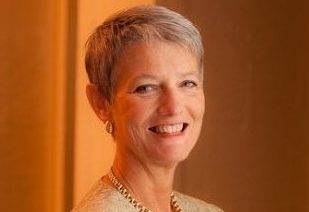 Ms. Carter most recently served as global vice president of human resources at Ralph Lauren, based in Greensboro, NC. She previously held senior HR positions with The Home Depot and Newell Rubbermaid.

Habitat for Humanity is an international, non-governmental non-profit organization, founded in 1976. It is devoted to building “simple, decent, and affordable” housing, a self-described Christian housing ministry, and the organization has addressed the issues surrounding poverty housing all over the world.

According to Ms. Miller, Habitat for Humanity was looking for someone with distinct prerequisites, including: a sitting chief HR officer or very senior No. 2 in a large organization; international or non-U.S. background and work experience; multi-lingual; a blended background of for-profit and not-for-profit experience; a passion for the organization’s mission; comfortable in a faith-based environment; a generalist / HR business partner blend with learning & development experience; and willing to live in Atlanta.

The chief people officer (CPO) position, said Ms. Miller, is a new title which many companies are using instead of chief human resources officer (CHRO). It first appeared about a decade ago. Now, as companies look to build internal brand awareness and focus more on establishing and driving their own unique cultures, CPOs are coming more into vogue.

“Organizations that bring in a CPO are typically looking for more than a leader to oversee its staff and people policies; the focus is on building talent as a key competitive advantage, and more on culture — which includes values, ethics, mission and creating a working environment in which employees can thrive,” said Ms. Miller.

Many HR specialists see the CPO and CHRO roles as interchangeable. Both are C-level positions overseeing human resources. But, said Ms. Miller, “a growing number of companies see the CPO role as different from CHRO. Among other priorities, the CPO champions values,” said Ms. Miller. “They bring a new set of priorities to companies that make complete sense for the 21st century. They help to drive competitive advantage, but in a very understated way.”

Check Out These Related Articles On HR Recruiting: