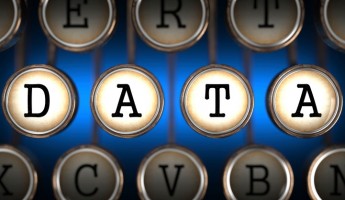 April 18, 2016 – Executives say their company cannot succeed without an assertive, data-driven chief human resources officer (CHRO), who takes a strong stance on talent issues and uses relevant facts to deliver an informed point of view, according to a new report released by Visier.

The report surveyed 301 corporate executives at companies with revenue of $1 billion or more across America and asked their views on the changing role of HR leadership. Results found that the most sought-after CHRO is a data-driven, strategic leader who demonstrates business savvy, creativity, and innovation.

The results reveal the key traits of HR leaders who are perceived as integral to business success.

The survey results also reveal where the majority of executives expect to find top CHRO talent — and it’s not in HR: 63 percent of all executives say the most effective CHROs come from non-HR backgrounds (in areas such as finance, operations, or legal).

“CEOs want to think of the CHRO the way they think of the CFO,” said John Schwarz, CEO and founder of Visier, a provider of workforce intelligence solutions. “They want a strategic advisor who can speak the language of the business with hard data. But a solid understanding of people dynamics is also key: talent magnets — companies with strong talent management capabilities — increase revenues and profits faster,” he said.

The head of human resources today sits at the elbow of the CEO and maintains one of the most influential positions within senior management.

“The role of the CHRO is no longer one that is just administration and transaction oriented. The focus goes well beyond traditional people initiatives,” said Mike Bergen, human resources global practice leader for Allegis Partners. “Today, CHROs are strategic executives that are constantly interacting with the CEO, members of the executive team, and the board of directors. They are business leaders first who happen to lead the HR function.”

“The role of CHROs and their direct reports continues to evolve in terms of complexity and impact,” said Kimberly Shanahan, president and chief executive officer of accelHRate. These leaders, she said, are at the heart of linking business strategy with talent strategy and have an enormous amount of levers to work with these days. Every company today requires solid HR leadership, she said, from the largest multinationals right down to small businesses planning to expand.

As a result, HR hiring is on the rise and it’s keeping headhunters busier than ever.

A full one-third of companies polled recently said their organizations were hiring for HR positions, including CHRO. According to a just released survey from the Society for Human Resource Management, the need for HR expertise increases dramatically with company size.

Just one percent of small companies (those with one to 99 employees) are recruiting for HR positions, according to its latest survey results. On the other end of the spectrum, nearly two thirds (65 percent) of employers with 25,000 or more workers are now hiring for HR jobs.