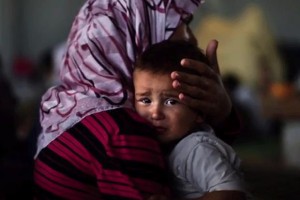 April 13, 2016 – Russell Reynolds Associates has been retained by Save the Children International (SCI) to lead its search for a chief people officer (CPO).

Concurrent with this assignment, Russell Reynolds is also leading the search for Save the Children UK’s chief executive officer. Justin Forsyth, chief executive since 2010, announced that he is leaving the charity.

The organization has been deluged with help requests and assistance needs from many war torn regions over the last several years, including Syria where some two million children have been caught in the crossfire of conflict — leaving the organization somewhat stressed itself. These children, according to Save the Children, are under constant risk of malnutrition, disease, homelessness and trauma. As such, these searches represent two of the most important humanitarian-focused leadership appointments currently underway anywhere in the world.

Save the Children has set a priority for its incoming chief people officer to establish best-in-class HR systems and operations across its wide geographic expanse. Importantly, the incoming CPO is expected to lead an ongoing effort to embed a culture of zero tolerance for child safeguarding violations.

According to a position specification sheet, the chief people officer will work with, and help to develop, senior leadership; coach and advise senior leaders on best-in-class people practices, organizational design, and policy decisions; support and enable a culture of accountability and strong performance management across the organization; lead and facilitate the implementation of a ‘people work stream’ global strategy; ensure effective HR support for implementation of a ‘high performing organization’ strategy; work with partners in the private sector and other external bodies; establish Save the Children as a leader in people practices within the sector; and be personally involved in senior recruitments.

The chief people officer (CPO) position is a relatively new title within the HR function which many companies are using instead of chief human resources officer (CHRO). It first appeared about a decade ago. Now, as companies look to build internal brand awareness and focus more on establishing and driving their own unique cultures, CPOs are coming more into vogue.

“Organizations that bring in a CPO are typically looking for more than a leader to oversee its staff and people policies; the focus is on building talent as a key competitive advantage, and more on culture — which includes values, ethics, mission and creating a working environment in which employees can thrive,” said Joanna Miller, managing director of boutique executive search firm Miller Black Associates.

Many HR specialists see the CPO and CHRO roles as interchangeable. Both are C-level positions overseeing human resources. But, said Ms. Miller, “a growing number of companies see the CPO role as different from CHRO. Among other priorities, the CPO champions values,” said Ms. Miller. “They bring a new set of priorities to companies that make complete sense for the 21st century. They help to drive competitive advantage, but in a very understated way.”