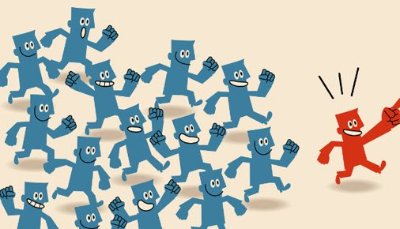 Mr. Casler spent the past nine years with Broadcom where he served as vice president of human resources supporting a $4.5 billion business group as well as corporate wide G&A functions. He initially joined Broadcom as the company’s director of talent acquisition. Prior to this, Mr. Casler worked for Baxter Healthcare as director of talent acquisition, and finally as director of Latin America leadership & organizational effectiveness. Earlier in his career, he worked in various roles for Bank of America, Motorola, MicroAge, and Enterprise Rent-A-Car.

“Chris brings a wealth of knowledge to New Century Health with his background in technology and healthcare,” said Mr. Brewer. “He is well suited to help New Century Health scale in size with anticipated growth. Chris will also partner well with the CEO, Atul Dhir MD, in championing a corporate culture of cooperative success.” Mr. Brewer added: “Chris is a business leader first who has an expertise in human resources.”

The chief people officer (CPO) position is a relatively new title within the HR function which many companies are using instead of a chief human resources officer (CHRO). It first appeared about a decade ago. Now, as companies look to build internal brand awareness and focus more on establishing and driving their own unique cultures, CPOs are coming more into vogue.

Scott Weisberg, chief people officer at Wendy’s, the $10 billion global fast food chain, said that talent acquisition strategies at many large companies are now as complex as their balance sheets. And while CHROs play a vital role in overseeing an organization’s broad-based workforce, “it is the chief people officer who typically goes beyond overseeing its people policies.”

A handful of search firms have been placing CPOs in recent months or are currently leading searches for these C-suite HR executives at various organizations. Here is a look at just a few from the Hunt Scanlon archives:

Check Out These Related Articles On Recruiting C-Suite HR Leaders: