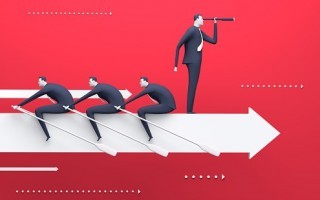 January 15, 2016 – While boards consistently rank human capital as a top priority, two thirds of HR professionals believe the chief HR leader is undervalued by the CEO, this according to a just-released Harvey Nash ‘Human Resources Survey. The report tallies the views of 1,253 HR leaders from over 30 countries. Almost half believe the HR leader is considered less important to the board than a top financial leader such as the CFO.

When assessing how HR is seen by the wider business, beyond the board, two-thirds of HR leaders are content with the image and reputation of their function.

“This finding suggests that while operationally HR is performing well, its strategic value is not being fully appreciated by the top tier of the organization,” said Scott A. Scanlon, founding chairman and CEO of Greenwich-based research firm Hunt Scanlon Media.

“The HR function, particularly at the CHRO level, has become such an integral part of every company’s DNA that it’s bewildering to find out that top management might not be acknowledging the competitive advantage that comes with strong leaders in this field,” he added.

The survey revealed differences in approaches between the HR leaders who feel valued and undervalued by the board, with the valued leaders being more likely to:

“There is no doubt that boards see the people agenda as a key priority, however many CEOs are making important human capital decisions without the involvement of HR, because it is seen as an ‘engine room’ function,” said Robert Grimsey, director, Harvey Nash Group. “Things are changing though and over the five years we have conducted the Harvey Nash HR Survey the HR function has become increasingly influential.”

In a recent interview with Hunt Scanlon, Mike Bergen, human resources global practice leader for Allegis Partners, discussed the increasingly influential role the CHRO plays today. “CHROs should aspire to be counsel, coach, and consigliere to the CEO – because the best are. They act as a bridge between the executive leadership team and the CEO, managing the way decisions are made, and are responsible for guiding, developing, and coaching across the C-suite,” he said. “They are strategic executives … business leaders first, who happen to lead the HR function.”

The Harvey Nash ‘Human Resources Survey’ also looked into what is going on within the position and found that HR functions are currently focusing on growth. Recruitment saw the biggest jump as a priority for HR departments over the last year, with 58 percent of HR leaders focusing on this, compared to 51 percent last year. The top priorities for HR leaders in 2016 will be talent management (selected by 61 percent), employee engagement (60 percent) and recruitment (58 percent).

Like numerous other recent studies, Harvey Nash found an increased use of digital tools for recruitment. Job boards and social media saw the biggest growth in usage in the last year (jumping from 42 percent to 49 percent, and 22 percent to 29 percent respectively). However corporate websites declined in usage from 54 percent to 49 percent.

Recruiting via social media is clearly a growing and expanding phenomenon: 84 percent of organizations use it currently and nine percent plan to use it, according to a recent survey by the Society for Human Resource Management. The report found that 73 percent of respondents said that LinkedIn was the most effective site for recruitment while Facebook, Twitter and professional/association social networking sites continue to gain momentum. Interestingly, more companies now use social media to reject job candidates.