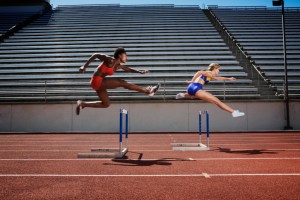 February 24, 2016 – In the Nordic countries, the percentage of female directors on boards is 32.5 percent, outpacing most other European countries, according to Spencer Stuart’s recently released Nordic Board Index. First published 29 years ago in the U.S., the firm now monitors board composition via indices in 18 countries.

In Norway, the law which took effect a decade ago requiring 40 percent representation of both genders among board members has resulted in the country’s top-listed companies having the highest representation of women in the world, according to the report.

“Executive recruiters we’ve spoken to in the region generally see themselves as part of the vanguard of change coming to corporate boards globally,” said Scott A. Scanlon, CEO of Hunt Scanlon Media. “Spencer Stuart’s Nordic report shows us what we can accomplish in the area of broadening the makeup of corporate boards, even if those changes initially come as a result of government intervention and direction.”

“There is no doubt these statistics mainly result from the new law,” said Baard Storsveen, who serves as managing director of 79°S Executive Search & Advisory in Norway. “But it is important to say that the quality of female board members is equal to their male colleagues. This means that even though the law ‘forced’ companies to look for women, the end result was good.”

The gender representation law regulated two types of companies: all publicly-owned enterprises and all PLCs in the private sector, said Mr. Storsveen. “No rules were proposed for privately owned limited liability companies. However, the focus on improved selection processes and nominating more women has led to increased diversity across all companies,” he said. This is the case in both public and private, and commercial and non-profit sector organizations.

“There are no signs that women are more valued here, but equal opportunity, no matter the gender, has long been an important cultural matter in Norway,” said Mr. Storsveen. “Women got full voting rights here as early as 1913 and the share of working women of the total workforce is as much as 13 percent higher than the average in Europe.”

Mr. Storsveen said that corporate nominating committees had to broaden their criteria and search field, and many new board candidates were discovered as a result, including younger female specialists in technology, finance and law. “This law has even broadened the board recruitment field for men, as more young men with international and entrepreneurial backgrounds appear on boards now. This is an important side effect.”

Another important effect of the gender balance law is that it has resulted in diversity beyond gender to include different backgrounds, education and experience, he said.

While 48 percent of new board appointments in Norway were women, according to the Spencer Stuart study, neighboring country Sweden reported that 57 percent of its new company directors were women. Compared to anywhere else globally it is an eye-popping figure.

“Spencer Stuart links progress in the Nordic region directly to corporate culture, one of several ‘critical levers,’ according to the firm, for creating long term sustainability, competitive advantage and shareholder value,” said Mr. Scanlon. “The region’s ‘attitude towards people’ which Spencer Stuart outlines in its report  clearly seems tied to each Nordic country’s growing successes in the boardroom.”

While Norway records the highest percentage of women on boards globally, Spencer Stuart found that other parts of Europe are making progress, but at slightly lower rates. Among France’s leading companies, women now account for 37 percent of non-executive directors, while top-ranked companies in Belgium, Italy and the Netherlands are close behind.

In the U.K., the FTSE 100 companies reached a 25 percent threshold goal established in 2011. A tough new target of 33 percent by 2020 has just been set for all FTSE 350 companies — one that includes both executive and non-executive directors.

Interestingly, despite the high number of female directors in Nordic companies, only five of them have female chairmen: one on Finland, two in Norway, and two in Sweden. Across Europe, reports Spencer Stuart, the picture is similar: Only 30 women chair boards among 795 companies that comprise the major indices of 13 European countries. In Denmark, not a single chairmen is female.

Spencer Stuart’s recent U.K. Board Index found that 23 percent of all directors in the FTSE 150 are women, compared with 20.6 percent in 2014; 28.4 percent of FTSE 150 non-executive directors are women, verses 25.9 percent in the year earlier period.

Recruiting rival Korn Ferry reported evidence that women are making strong gains in the most sought-after top-slotted roles in global companies. According to one of its surveys, more women in the U.K. have joined the boards of FTSE 350 companies as new non-executive directors. Thirty-nine percent of first-time FTSE 350 non-executive appointees were women last year, reports Korn Ferry, up from 28 percent in 2013 and 11 percent in 2007.

In the U.S., however, progress with female representation on boards has been much slower.

Currently, women account for only 20 percent of all S&P 500 directors, despite making up 47 percent of the U.S. workforce and controlling or influencing nearly three-quarters of household spending, according to Spencer Stuart’s 2015 Board Index and the Department of Labor. With the average S&P 500 board comprised of 11 members, that equals about two women per board.

A separate report, The 2020 Women on Boards’ Gender Diversity Index (GDI), reported last year that women are making very small gains in the boardrooms of the Fortune 1000. Among these companies, women held 17.9 percent of the board seats in the 2015, compared with 16.9 percent in 2014.

The Heidrick & Struggles Board Monitor projects that women will account for 50 percent of new board directors in the Fortune 500 in the U.S. for the first time in 2024. That’s great news, but it’s eight years from now. A slow reckoning, indeed.